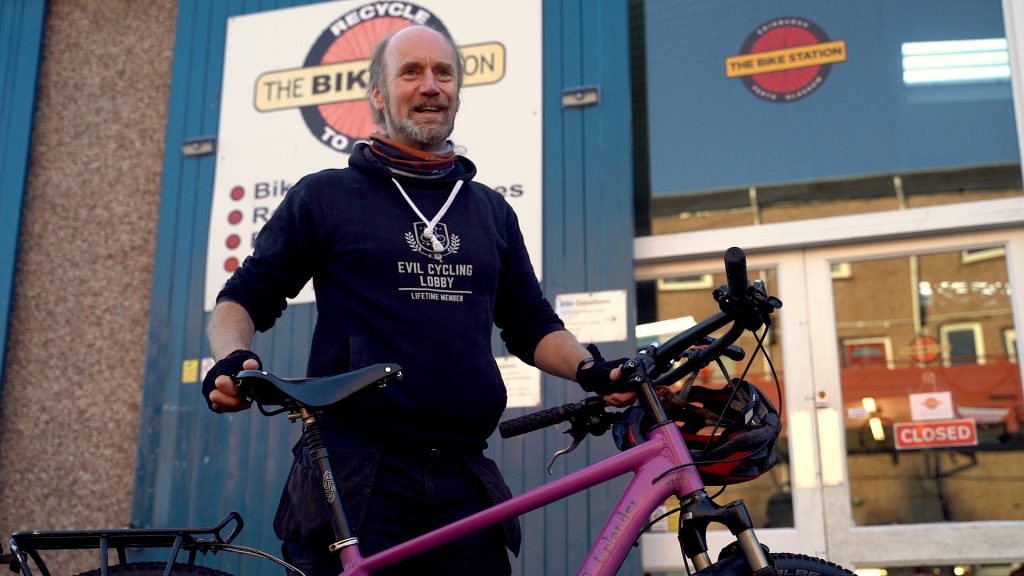 TWO EDINBURGH volunteer groups have been recognised for their commitment and dedication to improving their local communities at a national award ceremony.

Former Chair of The Bike Station, Alan Brown has been recognised as winner of Active Travel Volunteer of the year. The Hit Squad from the Water of Leith Conservation Trust were named winners of the Community Path Group of the Year at 2021 Paths for All Volunteer Awards.

Alan has won the award for his involvement with the charity for seven years and his vital role in its response to Covid-19.

Like many, the charity found itself in a vulnerable position in February 2020 when guidelines and advice from the government resulted in many operations being paused.

As transport options were limited during the first lockdown, Alan and the team at The Bike Station came up with an innovative scheme called ‘Hero Bikes’ and provided free bikes to key workers to ensure they were able to travel to and from work safely. 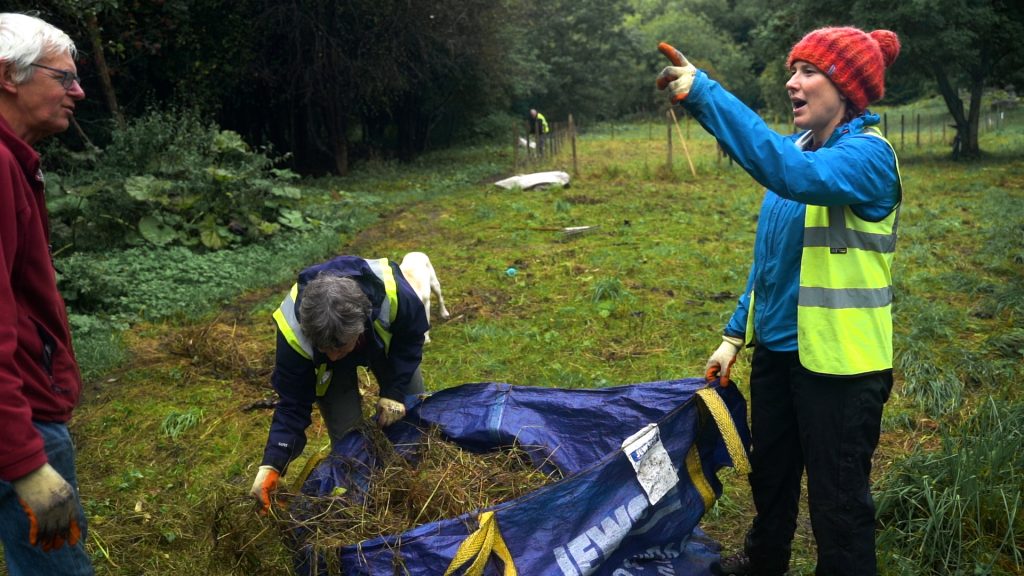 Alan, who has recently stepped down first started his role as trustee in 2013 covering both The Bike Station operations in Edinburgh and Perth and quickly became a fundamental part of making the group a success.

He said: “The Bike Station is a great initiative helping to promote cycling in the community in an accessible way.

“When I became chair, I made it my mission to get The Bike Station to a financially stable place with a strong management team so our hard work could be focused on the community and not internally.

“It’s been life-changing to be part of an organisation that works so well together to bring positive outcomes for the community, I’ve really appreciated the last seven years.

“All of the team at The Bike Station are genuinely interested in what they do – which really makes all of the difference.

“Throughout lockdown when we couldn’t come together to carry out our normal work, we wanted to put our energy into something positive and like most people wanted to help and show support to the amazing front line workers at a really difficult time.

“I’ve enjoyed being part of the team at The Bike Station and look forward to seeing the amazing work they do in the future.”

The Hit Squad volunteer group has been running for many years and before the Covid restrictions regularly attract 20 members each session to improve the river and the almost 13 miles of walkway.

Depending on the season, jobs ranged from trimming back vegetation, raking up leaves, caring for wildflower meadows, removing invasive species and clearing litter both in and out of the river.

Like most activities, the group came to an abrupt halt when the lockdown first hit to protect the safety of the volunteers.

Project officer Johnny Wells said: “While our volunteers stayed safe, the walkway became the busiest it’s ever been as a vital green space for Edinburgh residents to escape, meet up and exercise in during lockdown”.

This huge footfall had an impact of the state of walkway with erosion of the verges as people socially distanced leading to the walkway becoming muddier, increases in littering, erosion of river banks from dogs and the good summer meant vegetation shot up.,

As lockdown restrictions relaxed, the group started working again with staff, at first just two volunteers at a time and then increasing as the months progressed with more tasks happening weekly to allow for smaller groups.

Since April 2021 to date, the group has have completed 105 sessions equating to over 2000 hours of practical conservation and teamwork.

Johnny explained: “Our volunteers’ dedication to being outdoors in all weathers doing something practical for the river & walkway is amazing. Over the last year they’ve accepted and adapted to many changes including us stopping the communal biscuit barrel.

“Without their effort I’d hate to think of how much harder lockdown would have been for the public without this green space. This award is a brilliant acknowledgement for the volunteer’s hard work and dedication.”

The Edinburgh volunteers were commended at the awards ceremony which was held virtually for the second year and hosted by Fiona Stalker.

Alan Brown and The Hit Squad were among 11 different winners at the 12th annual Volunteer Awards that highlighted the outstanding work carried out by volunteers across the country.

Kevin Lafferty, Chief Executive Office at Paths for All, said: “Individuals like Alan Brown and The Hit Squad highlight the very reason why we host an annual awards ceremony.