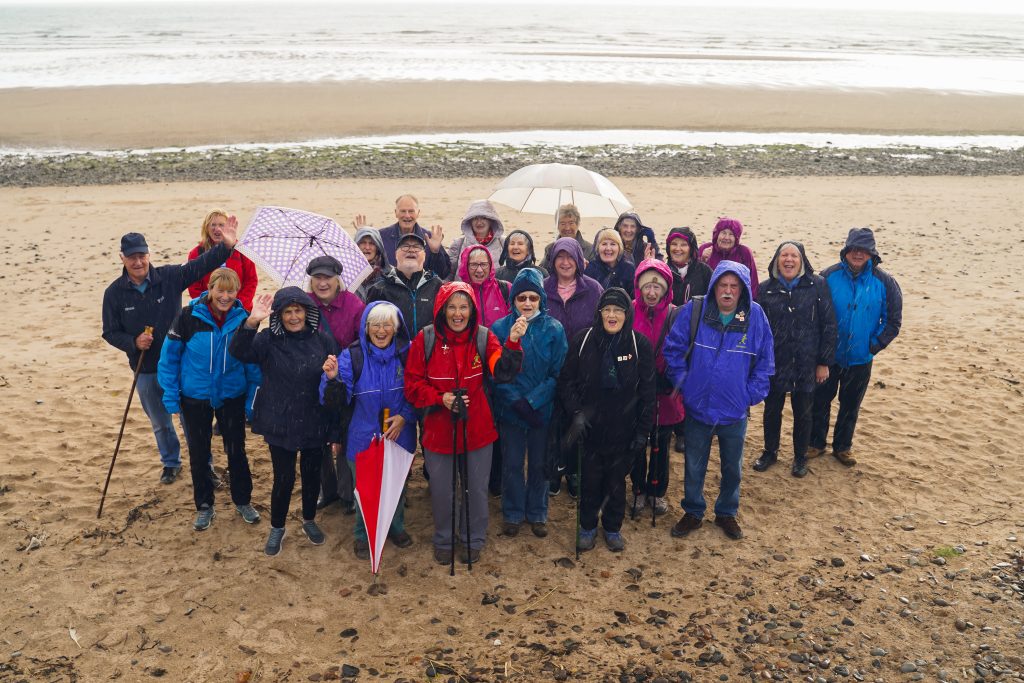 A Leven woman has won a prestigious volunteer award for her dedication and commitment to being a walking leader in her local area for just under two decades.

Terry MacTaggart has been recognised as the winner of the Health Walk Volunteer of the Year at the 2021 Paths for All Volunteer Awards.

The 80-year-old, who is part of the Active Fife Bums Off Seats Walking Initiative, has been a long serving volunteer, and has been dedicated to leading walking groups since 2003. Terry still leads three walks each week in the Leven community and isn’t slowing down.

Terry said: “When I joined the Bums off Seats group around 18 years ago I went to keep myself fit, but I have made true friends for life.

“It is just a real joy to get out each week and lead the walks.”

Bums Off Seats is a walking initiative which provides free, local health opportunities across Fife. Each walk is led by a team of volunteers who are trained and supported by Paths for All.

Terry said “I lead the shorter walks now as I can’t do the longer routes anymore. It’s brilliant to see some of the walkers who improve each week.

“When we couldn’t get out walking together because of Covid, you realise just how much you enjoy the companionship.

“I was in shock when I found out I won this award. I walk because I enjoy it, never in my wildest dreams did I think I would get recognised in this way. I’m very humbled to have won and I aim to keep walking for as long as I can.”

The Fife woman was commended at the awards ceremony which was held virtually for the second year and hosted by BBC Radio Scotland’s Fiona Stalker.

Terry was among 11 different winners at the 12th annual Volunteer Awards that highlighted the outstanding work carried out by volunteers across the country.

Kevin Lafferty, Chief Executive Office at Paths for All, said: “Individuals like Terry highlight the very reason why we host an annual awards ceremony.

To find out more which Health Walks you can join in Fife, visit: www.pathsforall.org.uk/healthwalkfinder