Ireland is a nation of close to 5 million people, so it speaks volumes about the popularity of all lottery games that close to 1.3 million people play the National Lottery. It’s huge, with both the lotteries created for Ireland as well as European draws being played by over one-in- five Irish.

However, even with such a large portion of the nation playing the lottery, the Irish Lotto has been able to climb to its maximum jackpot and go unclaimed for months. Whoever pulls the winning ticket will also get a place in the history books.

Jackpot Left Waiting for a Winner 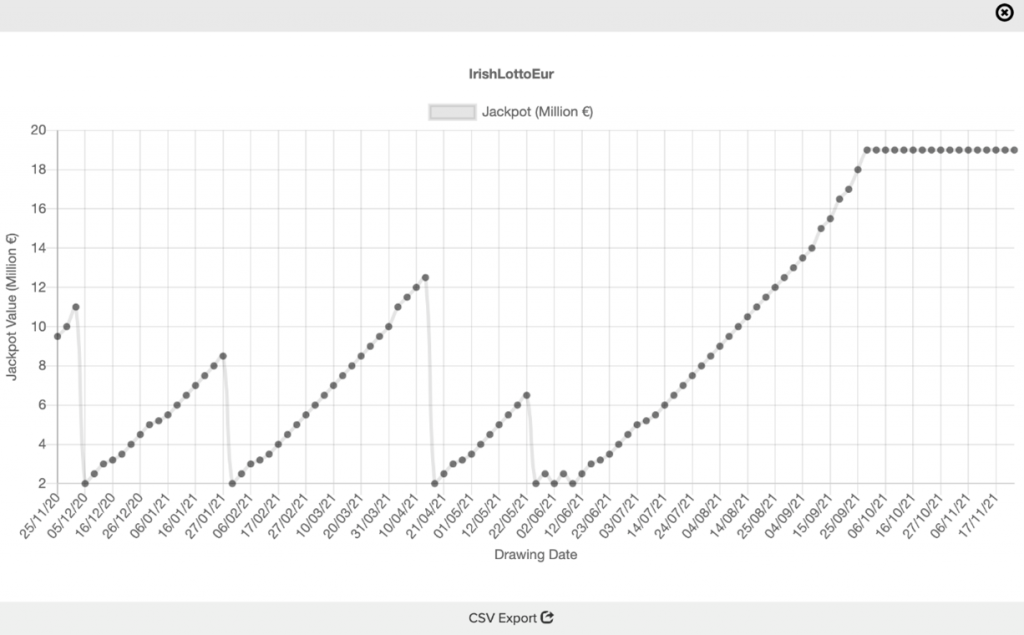 The last time that the Irish Lotto was won was on 9 June, following a quick succession of jackpot-winning tickets. Over the ensuing 44 draws, up to 13 November, not a single jackpot- winning ticket was found. It’s easy enough to find the number of draws for the Irish Lotto online, and yet, not a single player from the massive base in Ireland has been able to claim the ultimate prize.

Having been at its peak jackpot for at least 13 draws, Irish people have had to watch on as

€19 million continues to go unclaimed. The game itself is one of six number picks from one to 47. This makes it one of the more preferable of the lotteries available, giving comparatively better odds of one in 10.7 million to get the winning numbers for the Irish Lotto. By comparison, the UK National Lottery has odds of one in 45 million.

Still, with the Irish Lotto sitting at €19 million, should a single person come forward with the winning numbers, they’ll get a place in Irish lottery history. The current record win came in 2008, with a County Carlow resident landing the €18.9 million prize. The most recent top- ranking payout came in January 2016, with a County Mayo player taking home €13.7 million.

How Would the Irish Lotto Jackpot Compare to Ireland’s

Other Big Wins? Ireland certainly has a fair few cultural associations to good luck, from the origins of local folklore through to modern beliefs. The likes of clovers, horseshoes, lucky pennies, and Leprechauns are all synonymous with luck and Ireland. This aspect of the culture may indicate why luck-based games like the lottery are so popular here, but what’ll certainly convince some to play will be the jackpot sizes and the previous winners.

As detailed above, the late-2021 Irish Lotto jackpot of €19 million could mark a new record if it’s won by a single player. However, it won’t even come close to the largest Irish lottery triumph. In 2005, the EuroMillions jackpot was won in Ireland, rewarding €115 million. Later, in 2019, someone else from Ireland drew the winning numbers for the colossal lottery again, this time to the tune of over €175 million.

Several draws for one of the world’s more player-friendly lotteries (in terms of odds) have resulted in the jackpot standing at a potential record-breaking €19 million payout from the Irish Lotto. It may pale in comparison to Ireland’s EuroMillions triumphs, but it’s still a gargantuan sum to land.