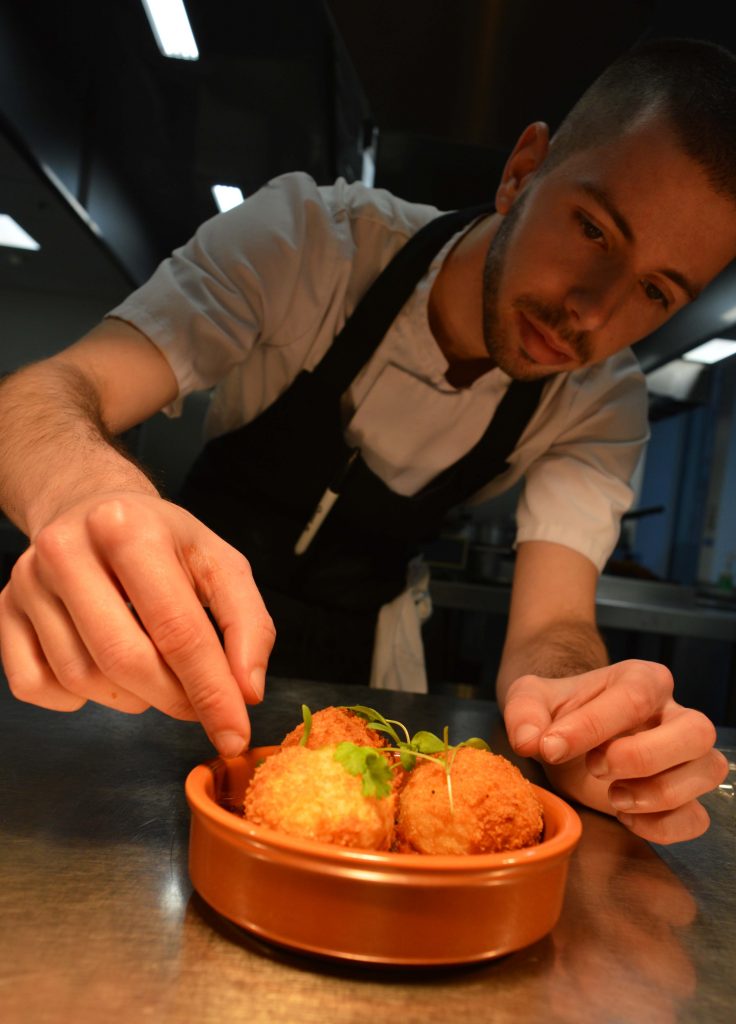 FOOD LOVERS have been going wild for an Edinburgh chef’s arancini ball recipe, with more than 150kg’s worth of the classic Italian snack being produced over a six-month period.

Pedro Videira (22), Chef De Partie at Ten Hill Place Hotel which is managed by Surgeons Quarter, has made well over 3,000 of the fried risotto balls over a six-month period since the hotel launched its latest menu at the end of July.

Surgeons Quarter promotes, sells and manages the commercial activities held within the four venues of Royal College of Surgeons of Edinburgh (RCSEd).

The arancini starter has become the bestselling item on the menu with around 125 portions sold every week across the hospitality organisation’s hotel restaurant as well as its meeting and event spaces.

Pedro, who is originally from Portugal and now based in Edinburgh, said: “It’s hard to say why the arancini balls have been such a big hit, but it’s probably due to them being crispy on the outside with melting cheesy risotto on the inside. What’s not to like?

“I may be biased but I agree with our guests that it’s a brilliant way to start your meal and if I was dining at a Surgeons Quarter venue, I’d probably have it myself.

“The melting cheese and arrabbiata sauce is a match made in heaven.” 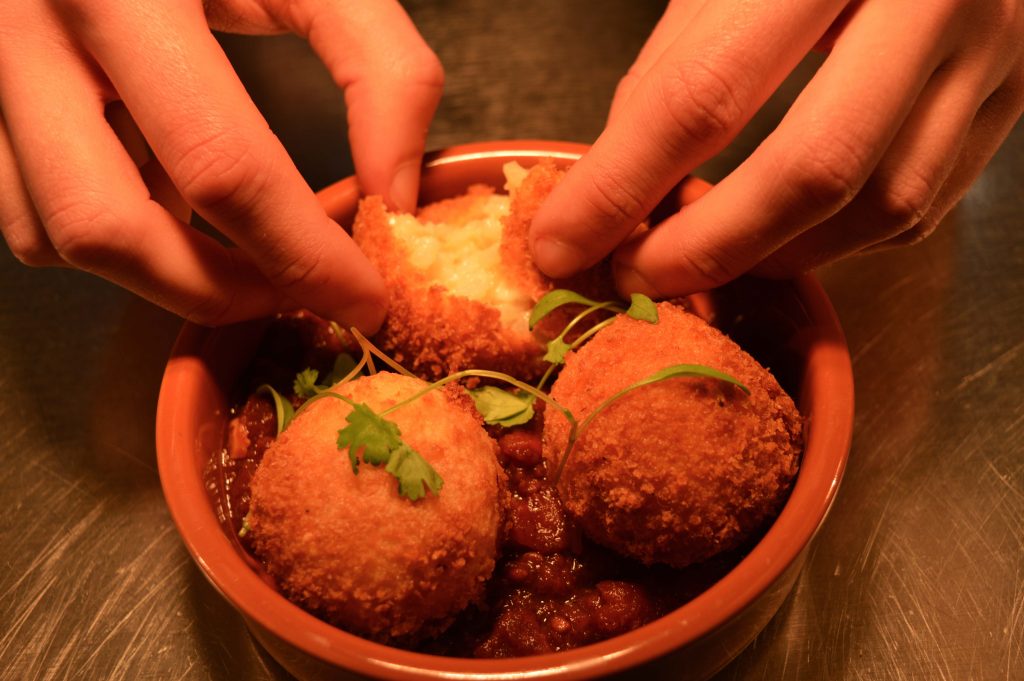 Originating in Sicily, Arancini are Italian rice balls that are stuffed, coated with breadcrumbs and deep fried, weighing roughly 50g per ball with three in each portion.

However, with the delicate panée process and depending on the volume required, Pedro can spend up to a few hours at a time in the kitchen.

Pedro has been with Surgeons Quarter for over five years and believes teamwork is the key the success of any item of the menu.

Pedro added: “Like everything in life, when you do something repeatedly it does become a bit tiring however I find making arancini balls a pretty fun process and making panée is rather relaxing.

“We have a running joke in the kitchen that I’ve made so many portions, I’d be able to whip up a batch in my sleep!”

Drinks & Dining, which is based within the hotel, launched a new menu in August with mouth-watering additions such as Seared Hand Dived Scallops, and 16oz Chateaubriand to Share featuring as new dining options.