Whether you’re an avid fan of American football or one who only tunes in once a year for the Super Bowl, like millions of other viewers around the world, going to the NFL showpiece game has surely got to feature somewhere on your bucket list. After all, there are few events in the entire sporting world that can put on as big a show year-after-year as well as the Super Bowl can!

The action, the drama, the atmosphere, the iconic half-time show and even the over-the-top advertisements that seem to get shown every two minutes, the Super Bowl really has it all. And, the NFL has revealed the location for the next four renewals. So, why wait any longer before planning your dream trip?

That said, let’s take a look at the confirmed venues that will host the next handful of Super Bowls. Read on to find out more!

The final match will return to the Greater Los Angeles area for the eighth time next month as SoFi Stadium in Inglewood plays host to Super Bowl LVI. It will, however, be the first time since Super Bowl XXVII took place at the Rose Bowl way back in 1993 that the event will take place back in LA.

SoFi Stadium, which will have an extended capacity of 100,240 for the Super Bowl, only opened its doors in September 2020, becoming the new home of both of LA’s franchises — the Chargers and the Rams. However, it doesn’t look like either of those teams are going to feature in Super Bowl LVI, with the Kansas City Chiefs and the Green Bay Packers much more fancied in the Super Bowl 2022 odds.

Whoever makes the showpiece event on February 13th, Dr. Dre, Snoop Dogg, Eminem, Mary J. Blige and Kendrick Lamar will put on one hell of a show at half-time!

While LA had to wait almost 30 years to be given the hosting rights of the Super Bowl again, this will be State Farm Stadium’s third time accommodating the final match in the last 15 years or so — with the other two being Super Bowl XLII in 2008, when the New York Giants beat the New England Patriots, and Super Bowl XLIX in 2015, when the Patriots reigned victorious over the Seattle Seahawks.

The Glendale, Arizona-based stadium, which is the home to the Cardinals, was opened in 2006 and has since hosted major events like the Copa América, CONCACAF Gold Cup, the 2016 College Football Playoff National Championship and WrestleMania XXVI in 2010, alongside those two aforementioned Super Bowls.

The State Farm Stadium capacity will be extended from 63,400 to 72,200 especially for Super Bowl LVII, enhancing the chances of you getting your hands on that golden ticket when they become available.

If fabulous Las Vegas also features on your bucket list, then why not kill two birds with one stone and go to Super Bowl LVIII at the Allegiant Stadium in 2024? The 58th renewal of the match was supposed to take place at the Superdome in New Orleans, but due to a conflict with the city’s annual Mardi Gras celebrations, the NFL agreed to push their hosting duties back a year and instead gave Super Bowl LVIII to Sin City.

The state-of-the-art Allegiant Stadium also opened in September 2020 to accommodate the Raiders, who moved to the Nevada desert from Oakland, helping grow the bright-light city as a sporting hub after the Las Vegas Aces, who play in the Women’s National Basketball Association, and the Las Vegas Golden Knights, a National Hockey League franchise, were both formed in recent years.

Dubbed ‘The Death Star’ by the Raiders’ owner Mark Davis, the Allegiant Stadium, which has panoramic views of the famous Las Vegas Strip, will be expanded from 65,000 to 71,835 for Super Bowl LVIII.

As already mentioned, The Superdome will host Super Bowl LIX in 2025. The home of the New Orleans Saints already boasts the record for holding the most Super Bowls (seven), with Super XLVII between the Baltimore Ravens and San Francisco 49ers being the most recent in 2013. The Hard Rock Stadium in Miami is second with six.

First opened in 1975, the Superdome is the fifth oldest stadium in the NFL. But it has been renovated and modernised several times over the years, including the installation of the largest synthetic turf system in the league in 2011, to ensure that it remains one of the best venues in the whole of the United States.

WrestleMania 34 in 2018 is the highest attended event at the Superdome, with 78,133 WWE fans crammed into the venue. Super Bowl LIX will have to settle for 76,468 fans. 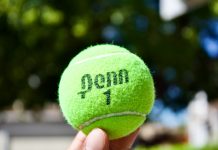 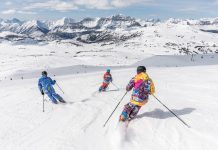 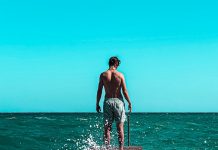