DM Hall has started the New Year with a number of new promotions.

The chartered surveying specialist, which celebrates its 125th year in business this year has announced a number of new promotions including four appointments to partnership.

In addition, Gavin Anderson, a member of the firm’s west commercial team, and Andrew Shaw, part of the east commercial team, are promoted to director, while Calum Riach in Inverness and Charlie Barnett, based in Edinburgh, have been made associates with the firm.

Katie Craig is part of the firm’s Commercial Valuation Department. In joining the partnership, she is also maintaining a family connection with her late father, John Young, a former senior partner of the firm for many years.

Grieg Baxter leads DM Hall’s Inverurie office and has been a director since 2015. He joined DM Hall in 2002 as a trainee and qualified in 2005 as a Member of the Royal Institution of Chartered Surveyors (RICS).

David Cree runs the firm’s Paisley office and has been with DM Hall since 2002. Starting in Ayrshire and later moving to Glasgow, he now works in Renfrewshire.

Paul Reilly joined DM Hall in 1998 as a graduate in Inverness and qualified as a member of the RICS in 2000. In 2006 he moved to the central belt working in South Lanarkshire before moving to the firm’s Glasgow north office in 2009.

John McHugh, DM Hall’s managing partner commented: “It is a great pleasure to welcome Katie, Greig, David and Paul to the partnership. All four are outstanding professionals who, we believe, will continue to help enhance our firm’s unrivalled reputation for high and consistent standards of professional service to our extensive client base, both now and for many years into the future.

“In the same vein I would also like to congratulate Gavin, Andrew, Calum and Charlie on their very well-deserved promotions and I know they equally have a strong contribution to make as they also continue to grow and develop their own careers.

McHugh continued: “There is always an opportunity for everyone who works for DM Hall to make their mark and to enjoy the material and professional rewards which promotion within the firm brings.

“Whilst we always welcome new talent joining the business we also take great delight in all of these promotions which have been earned internally, in some cases over many years of hard work, effort and commitment.” 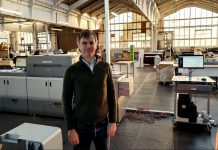 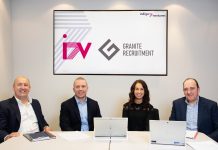 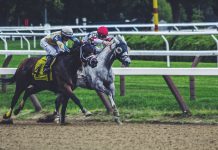