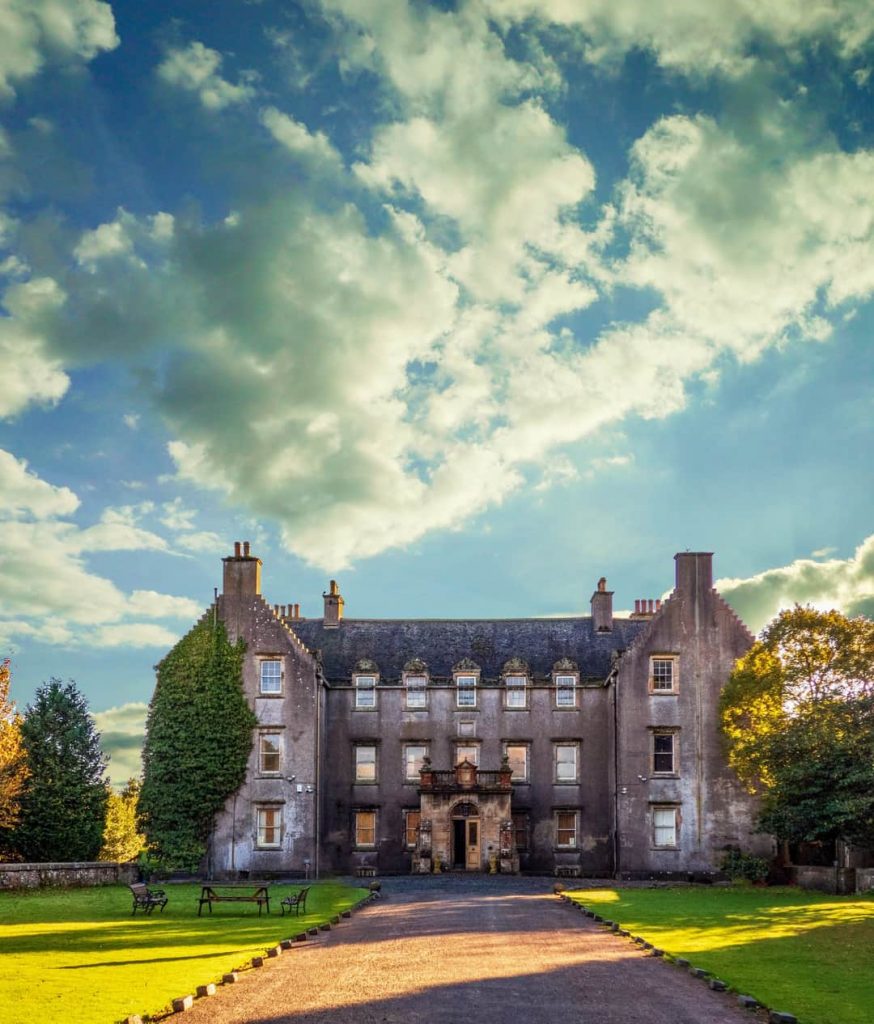 A TEAM OF 20 ‘wallunteers’ have been praised for playing a major role in restoring a key feature at one of Scotland’s most historic homes.

To date, the group has repointed more than 150 square metres of wall at Bannockburn House, the magnificent 17th century mansion which Bonnie Prince Charlie made his HQ. The ‘wallunteers’ are consolidating and restoring walls within the enclosed garden.

Led by two retired stonemasonry experts, the group of 18 other volunteers – who have dubbed themselves ‘wallunteers’ – are getting the chance to learn traditional trade skills as they carry out important restoration work on the ancient wall that surrounds the property.

And some are already taking their new-found skills into the community.

The Bannockburn House Trust completed the then biggest urban community buy-out in the UK in 2017 when they raised funds to purchase the house and grounds for the local community.

The Bannockburn House project is being showcased in the MyLand.Scot campaign, an online resource  run by the Scottish Land Commission to highlight the many benefits land can bring to communities across Scotland. 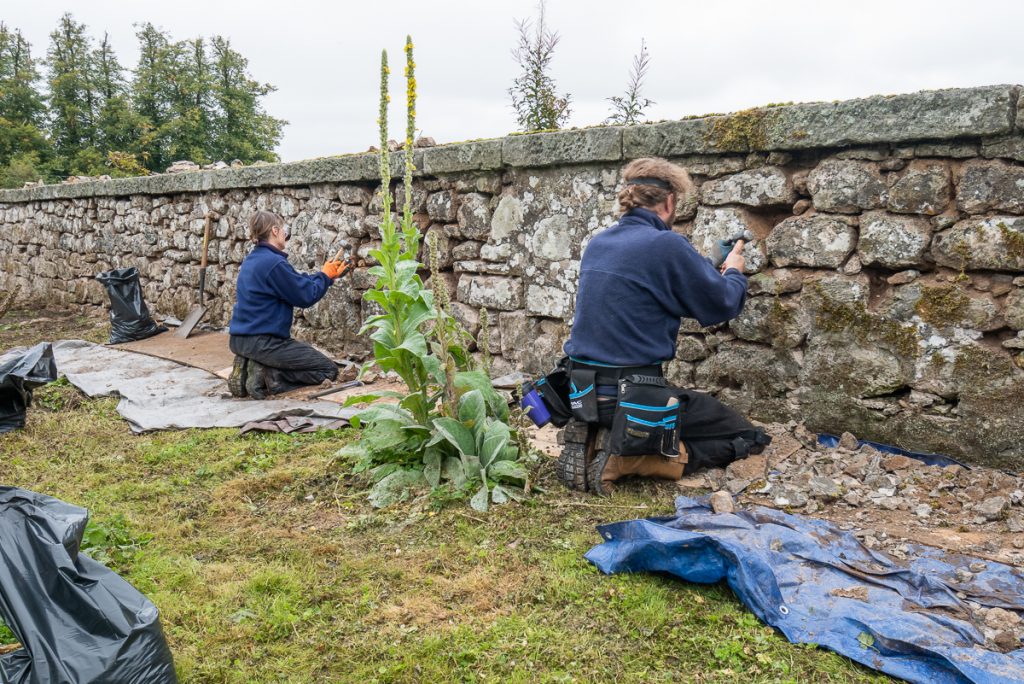 Willie McEwan, one of the two retired stonemasons leading the ‘Wallunteers’ project, said: “By teaching these very dedicated volunteers traditional crafts, we are not only educating them on a prized set of skills but we are returning Bannockburn back to its former glory whilst using the land as a vehicle to teach others.

“The programme has been a massive success. To be able to teach the volunteers completely traditional methods of stonemasonry is very exciting for us to be a part of.

“It’s a pleasure to see such progress on the walls themselves, improving the land around Bannockburn House, but also in the skillset the volunteers are growing during the process. One volunteer is currently working on his garden wall at home thanks to the skills he’s developed here.”

Once home to the first Baronet of Bannockburn, the house is steeped in history and architectural treasures – not least its association with Bonnie Prince Charlie and his stay there in 1746 at the time of the Siege of Stirling.

Elsewhere more than 200 volunteers are engaged in other projects within Bannockburn House, which has allowed them to connect to the history of the house and land learning about ancient architecture, horticultural and Jacobean engineering including how to restore 18th century sash-and-case windows using 100 -year-old timber from the site. 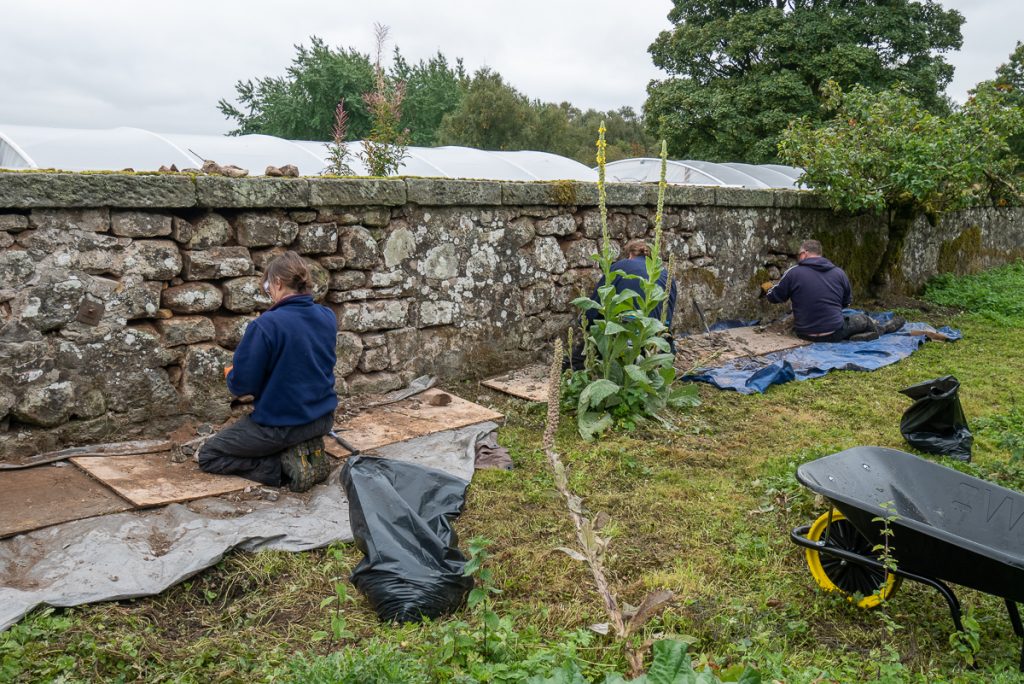 Jim Bennett, Chief Executive Officer at the Bannockburn House Trust, said: “The ‘Wallunteers’ are such a massive part of the overall project undergoing here at Bannockburn House. Thanks to everyone involved, especially Historic Environment Scotland which has provided funding, we are seeing what is an incredibly beautiful, ancient wall being brought back to its former glory.

Jim added: “Our aim is to use the historical estate we have here at Bannockburn House as a vehicle to regenerate Bannockburn and people local to it, rather than using it solely as a heritage attraction.”

Hamish Trench, Chief Executive of the Scottish Land Commission, said their MyLand.scot campaign aims to highlight the potential that land can have around Scotland.

He said: “The way in which land is used can impact everything from house prices to climate change.

“The Bannockburn House Trust and its great army of volunteers have taken a piece of Scotland’s history and turned it into a present-day benefit while respecting the building and grounds itself. They’ve well and truly built a community project from the land around them that is adding so many different strands of value to the area. 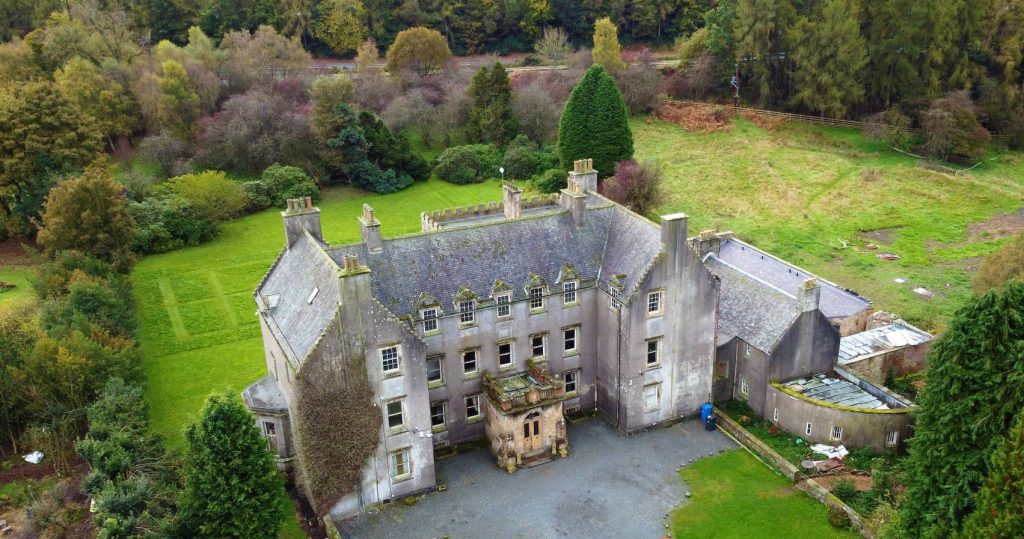 “It’s a stellar example and highlights the opportunities that Scotland’s land can bring.”

The Scottish Land Commission works to create a Scotland where everybody can benefit from the ownership and use of the nation’s land and buildings.

Launched in 2020, MyLand.Scot is an educational initiative designed to increase the Scottish public’s participation in land reform through a series of case studies, information pages and a brand new podcast, The Lay of the Land.

To get involved with the ‘wallunteers’ and other Bannockburn House voluntary projects, email [email protected]