SCOTLAND’S most awarded butcher has turned down a lucrative approach from a major UK supermarket chain to instead supply direct to its own fast growing consumer base plus the independent sector.

Family-owned butcher McCaskie’s from Wemyss Bay, Inverclyde, has opted to supply and support like-minded small to medium size businesses including retailers, restaurants, hotels and other butchers, along with its across the counter customers and those who order via their thriving E-Commerce site, which supplies customers all over the UK on a daily basis.

Despite an approach to stock McCaskie’s products in a major multiple’s stores throughout Scotland, a move which may have led to expansive growth for the 86-year-old firm, it opted to support businesses which have a closer fit to McCaskie’s.

As part of the independent push, McCaskie’s is now supplying many butchers shops in Scotland and England with its products, especially its multi-award winning black pudding and haggis. 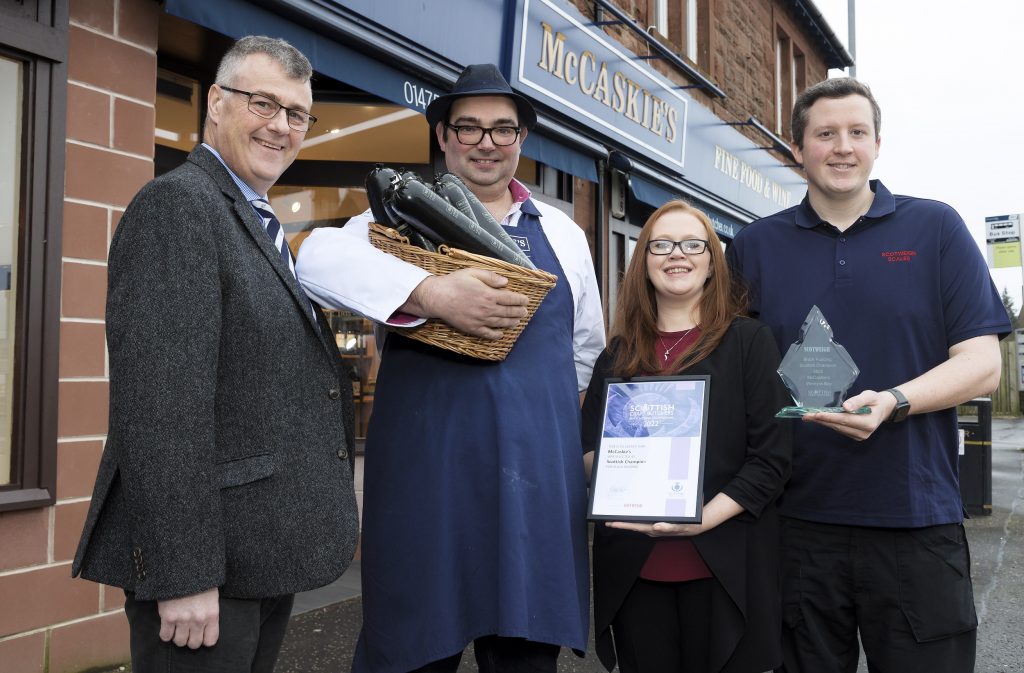 Shop owner and butcher, Nigel Ovens, said: “Consumers go to independent butchers for high quality produce and service, so while a tie-up with the supermarket would have brought our products to a wider market, we are delighted to hold firm with our philosophy and instead drive sales through the independent sector”

“There are significant opportunities to secure additional distribution in restaurants and specialty food retailers, many of whom actively seek out speciality products which are not available in supermarkets (as do their customers).  We’re keen to build on our success to date in these channels and support the independent sector.

The potential deal with the supermarket – which is not being named for commercial reasons – would have seen McCaskie’s supply their haggis, black pudding, bacon and pies to many stores.

McCaskie’s has invested more than £1.5million in the business in recent years, including a state-of-the-art production unit opened by HRH Princess Anne in 2018. The unit now produces up to 1000 lbs of black pudding and up to 2,000 lbs of haggis per week, plus a wide range of McCaskie’s other award winning products.

The new production unit behind the main store in Wemyss Bay has allowed McCaskie’s to significantly increase production by around 300% versus before, whilst still making all products in small batches. The butcher has also used the new production unit to drive e-commerce sales via its website – these have risen by 60% over the last two years. 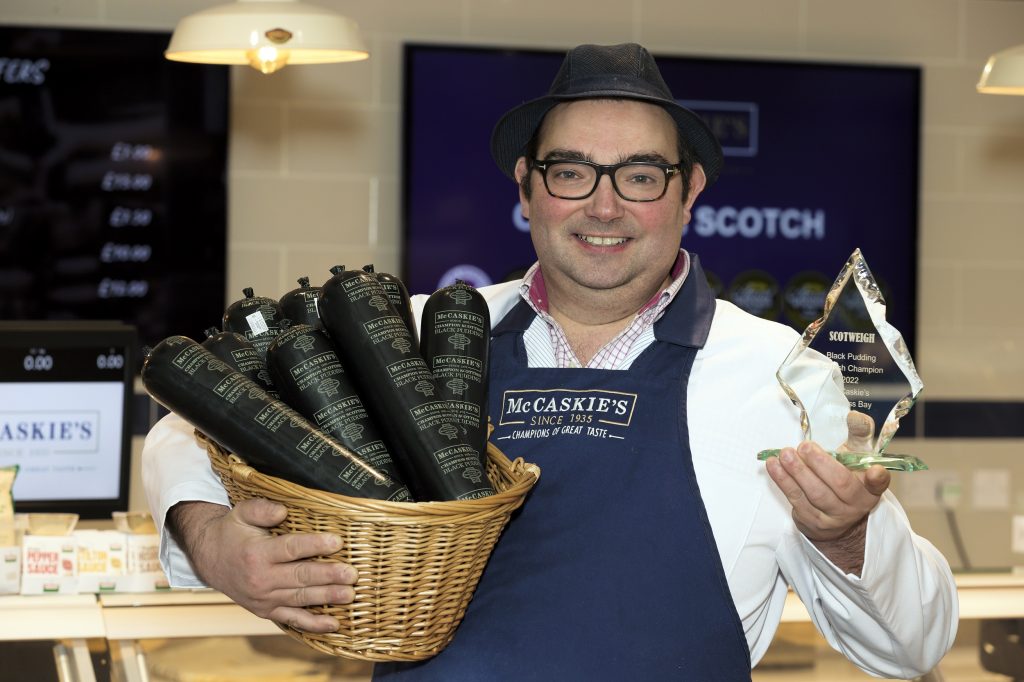 Family-owned and operated McCaskie’s has won multiple regional and national awards for their haggis and black pudding and many other products; last month McCaskie’s was named Scotland’s Black Pudding Champion again at the bi-annual Scottish Craft Butchers awards – becoming the first Scottish butcher to win the award twice.

The butcher has secured an impressive 20 regional and national awards for its black pudding and haggis alone, and it was recently nominated as one of three finalists for the Scottish Butcher Shop of the Year.

Founded in 1935 by Mearns T. McCaskie, the business is now run by his daughter Elizabeth Ovens and grandson, Nigel Ovens (Managing Director), along with Nigel’s wife, Helen Ovens.