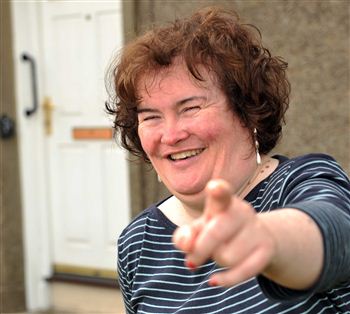 TALENT NATION: Britain’s Got Talent star Susan Boyle revealed she will be back in the studio later this week recording a brand new series of songs. Susan’s first album I Dreamed A Dream was a smash hit in November 2009, going straight to number one in both the UK and US album charts making it the best selling record of the year with an incredible 10 million sales and rising. Smiling on her doorstep, she said: “I’m off to London this week, back in the studio recording. I’m looking forward to it.” Dance troupe Spelbound won Saturday’s grand final.