A THIEF who stole over £10,000 from the firm he worked for has been given a chance to repay the cash – after landing a job scaling buildings. 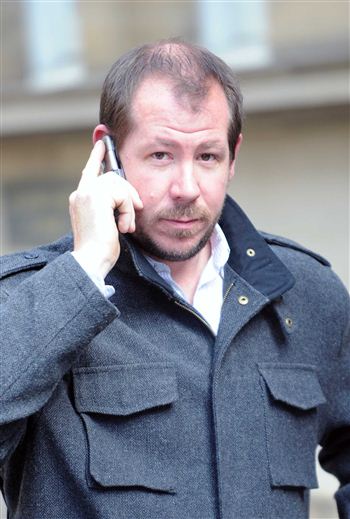 But instead of banking the coins Smith pocketed the money and used the cash to pay off bills and mortgage payments.

His scam was uncovered after a company audit confirmed the cash was missing and Smith was arrested.

At Edinburgh Sheriff Court he pleaded guilty to embezzling £10,724 from the company during August 2008.

It was initially claimed that Smith took over £15,000 from the machines but a reduction in the amount was accepted by prosecutors.

And today(Thurs) Smith was given six months to pay the cash back and be of good behaviour after telling the court that he had been offered a job scaling walls.

His solicitor, David Taylor, said: “I am told by Mr Smith that he has been offered a job.”

And Smith told Sheriff Deirdre MacNeill: “It is as an industrial abseiler for various companies in Fort William and in Inverness.”

He said he was experienced in the work and hoped to make up to £600 per week in the position.

Sheriff MacNeill deferred sentence until January for Smith to be of good behaviour and to organise payment to liquidators after Snap Digital Imaging went into administration.

She said: “I am reluctant to impose a community service order at the moment if you can work away from home to repay money.

“I am going to defer for six months.”

“And obviously for you to be of good behaviour.”

Fiscal depute Malcolm Stewart had told the court how over the course of a month Smith travelled across the country emptying machines and pocketing the coins.

“They operate a number of these photobooths and his job took him to several locations across Central and the North of Scotland.

“He was entrusted with emptying all the cash and collecting all this money.

“Instead of banking this money he used the cash to pay off debts which he ran-up with bills and mortgage payments.

“There was a full admission as to how he had gone about it and this was confirmed by an audit at the company’s head office.

“He did try to contact the company to make repayments but by that time the company had stopped operating.”

Smith’s solicitor, David Taylor, added: “He entered into an agreement with the company to repay the sum but unfortunately the company went into liquidation before that could be put into effect.”