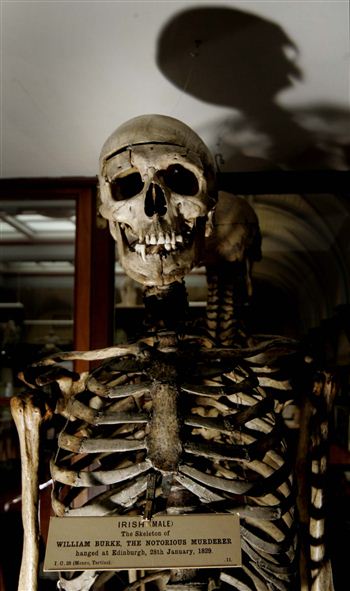 Tourism experts are predicting a flood of visitors to Edinburgh later this month when the long-awaited Burke and Hare film is set to be released.

The city’s museums and guided tours are filled with everything movie fans need to know about the ‘real story’ behind the terrifying 19th century killers.

A spokesperson for Visit Scotland said the film will be the highlight of the city’s Halloween activities this year, which is traditionally the busiest period for the capital’s ghostly tour companies.

Stuart Nicoll, co-founder of West Port Tours, said most ghost and murder tour companies tend to refresh their content around Halloween, which keeps people coming back.

He said: “I would imagine the interest in our tour will increase once the film has come out as ours is so specific.

“We had the director John Landis out on a tour when he was in Edinburgh for the filming.

“I think the thing that appeals to a lot of people is that we give them a bit of history about the city in general – as well as the fun gory bits.”

The film is described as a ‘black comedy’, starring Simon Pegg (Burke) and Andy Serkis (Hare), and tells the story of the capital’s most notorious serial killers, who murdered at least 15 people in order to make fast cash by selling bodies to a professor at the University of Edinburgh’s anatomy department.

Details surrounding the twisted plot are still hazy, and while the film will show the pair as grave robbers, experts say the duo were in fact just murderers.

Dr Gordon Findlater, director of anatomy at the University of Edinburgh, said: “I absolutely believe they were not grave robbers nor were they body snatchers as many presume – there is no evidence for it – they were just opportunistic murderers.

“In the first instance in November 1827, a man – believed to be a young soldier – died while staying at the lodging house run by William Hare.

“The lodger owed Hare rent money, so he talked Burke into helping him take the corpse to the anatomy school, where a man named Dr Robert Knox bought it from them for his medical students to dissect.”

They set up their murderous business during a time when the university was struggling with a high demand of surgical students, who were only granted one body per year for dissection.

Emma Black, from the Surgeon’s Hall Museum, said: “There were hundreds of medical students at the University of Edinburgh, and a serious shortage of bodies for them to do research on. 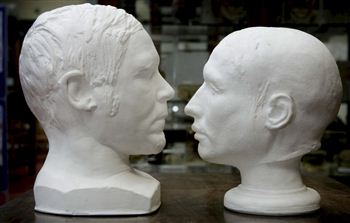 “Some may even understand why Knox kept taking them – he was a flamboyant man who was very passionate about what he taught.”

William Burke and William Hare were Irish immigrants who came to Edinburgh separately to work as labourers on the Union Canal.

Their killing-spree continued for almost a year, luring victims back to the lodging house at Tanners Close, in the West Port area of the city, and ploughing them with alcohol.

At first, their crimes went undetected as they killed drunks and travelers who would not be missed – but in true Burke in Hare fashion, they got careless.

Dr Findlater said: “They suffocated their victims, a technique which became known as ‘burking’, where one would sit on the person while the other held their nose and mouth.

“This left no marks, which meant no suspicion would be raised when they were taken to the university.

“It also meant that when it came to the trial, Knox was able to say he did not know where the bodies came from and that he had never suspected they had been murdered – but he must have realised what was going on.”

The film depicts the pair as a couple of bumbling oafs, as one synopsis reads that they are to be shown as a ‘dark Laurel and Hardy’.

Dr Findlater said he agrees this is the correct way for them to be portrayed, and that they were just two careless drunks.

He said: “Burke and Hare’s first mistake was killing a prostitute named Mary Patterson, who was very good looking so people definitely noticed when she wasn’t around.

“They went on to kill an even better known young man named Daft Jamie, and several of Knox’s students recognised him – and rather unusually Knox commenced a dissection on the face.

“Their last known murder – the one which eventually got them caught – was of a lady called Mary Docherty, whose body was discovered under a bed by two lodgers Jamie and Ann Gray, who noticed a hand coming out from under it.”

Although it was widely accepted that Hare was as much involved in the murders as Burke, he managed to get away with it by testifying against his partner-in-crime, while Burke was taken to Calton Hill jail to await his fate. 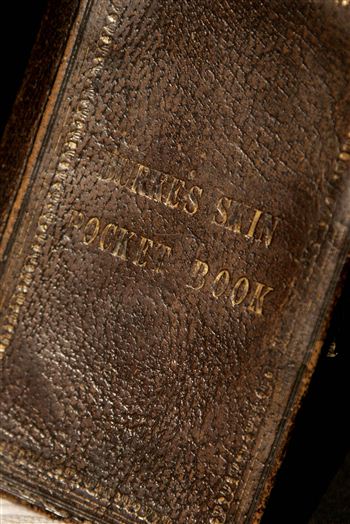 On 28 January 1829, he was executed near Libberton’s Wynd, in front of a mob who cried out in unison for the executioner to ‘Burke him’.

The execution spot is still marked today with a golden plaque, situated on the Royal Mile across from the High Court.

The following day, Burke’s body was put on show to the public at the Surgeon’s Hall and a newspaper from that date reported that more than 21,000 angry people passed through to see it.

Mr Nicoll said: “The story of Burke and Hare is so appealing because whether people like it or not their dark side is attracted to it.

“You only have to look at the Raoul Moat story in the press earlier this year, Burke and Hare probably had the same amount of coverage in their day.”

According to the UK Film Council, film tourism accounts for around 10 per cent of the total value of tourism to the British economy, bringing in around £1.8 billion a year, and a visitor experience survey showed that one in five people intended to visit a place because they saw it on TV or in a movie.

A Visit Scotland spokesperson said: “Tourism is Scotland’s most important industry and film tourism has an important role to play, as we know that 20 per cent of visitors say that seeing Scotland in movies or on TV has inspired them to book their trip.

“The new Burke and Hare movie is sure to spark interest in Scotland, whether people are film fans, or simply interested in the story.

“Autumn is the perfect time to come to Scotland and for fans of spooky things there are loads of places to visit and stories to uncover in Scotland this Halloween.”

Visitors to the city

Both the Surgeon’s Hall Museum and the Anatomy Museum at Edinburgh University are loaded with Burke and Hare artifacts. 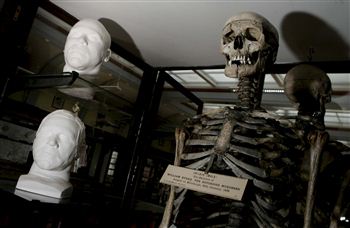 The skeleton of William Burke is held at the Anatomy Museum, and shows a cut across his scalp, from when his body was sent for dissection after the hanging.

His death mask is also on display at the museum, showing how the skin around his neck was crumpled by the noose.

Dr Findlater said: “Normally when someone was hanged the rope would be tied in such a way that the neck would break on release.

“But in Burke’s case, the push up of the skin indicates that he died slowly – he was strangled to death – I believe it was done on purpose.”

The Surgeon’s Hall has on display a pocket-book made from his skin, and a life-like model of Dr Knox, wearing a purple velvet suit which is said to be typical of his flamboyant nature.

Ms Black said: “We are definitely expecting an influx of visitors as the film is released, as it will generate a lot of interest in the pair.

“The director John Landis actually came here during filming to have a look at our artifacts and get a feel for the history.”

Burke and Hare is set to be released in the UK on Friday 29 October.

£1m of research grants set to save lives

Letter written in blood to be displayed

Found: gown of judge that made a Burke of William