DOZENS of residents fled their homes early this morning after fire broke out in the narrow Edinburgh street where JK Rowling once lived.

The blaze broke out in Hazelbank Terrace, causing devastation just yards from the first floor flat Rowling bought early in her rise to fame.

Flames ripped through as many as six properties and the roof of at least one building collapsed following the 5.20am blaze.

Forty firefighters went to the scene but could not get their fire engines into the cramped street. They were forced to park in teh next street and link sections of hose together to tackle the flames.

Two people were treated for smoke inhalation at the scene, although no-one was taken to hospital.
A fire brigade spokeswoman said that on arrival they found a ground floor flat well alight with the fire spreading to neighbouring properties. 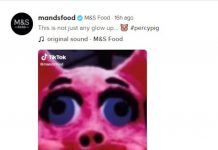