Stranraer manager Brian Reid has signed a new two-year contract with the club, and brought back former Blues captain Frank McKeown on a deal for next season.

One-time Rangers defender Reid (pictured) had been linked with Queen of the South after leading the Stair Park outfit to the League Two play-off final, where they were beaten by Ayr United on penalties.

Chairman Iain Dougan is thrilled the 45-year-old has pledged his future to Stranraer. 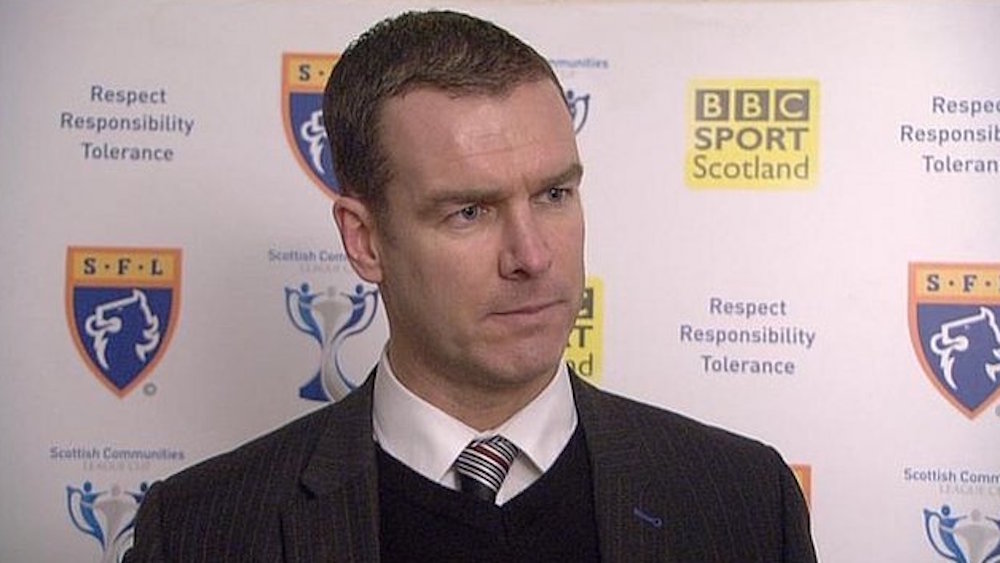 Dougan said: “We were in a vulnerable position as the manager’s contract ran down with many clubs in the market for a new manager, but Brian distanced himself from speculation and we’re delighted that he’s now on board for another two years.”

McKeown, meanwhile, has returned to Stair Park following a nightmare 12 months at Morton.

After putting his career with the fire service on hold to move into the full-time ranks, the 29-year-old suffered a knee anterior cruciate ligament injury in training at the start of last season.

McKeown said: “I have many happy memories of my first time at Stair Park, and look forward to creating many more as I move towards my 200th appearance for the Blues next season.”

The Bully Wee have been drawn in Group H and face Kilmarnock on July 16 ahead of clashes against Morton, Albion Rovers and Berwick Rangers.

Ferguson, who is also taking Clyde to Jersey for a five-day training camp from June 23, said: “Pre-season is the most important part of the season in my opinion and we’re making every effort to get the preparations right. It’s massive for the players and massive for me.

“The changes to the League Cup format and the earlier start to the season mean that we have to get as much as possible done at an early stage.

“We’ll be using the League Cup as part of our pre-season schedule and we’ll make sure that everyone is at 100 per cent before the League 2 campaign begins; that’s our bread and butter.”