And Houston reckons it is only a matter of time before the 24-year-old becomes a Scotland regular.

Houston has watched the midfielder’s progress at the Hoops with interest after handing Armstrong his debut at Tannadice six years ago. 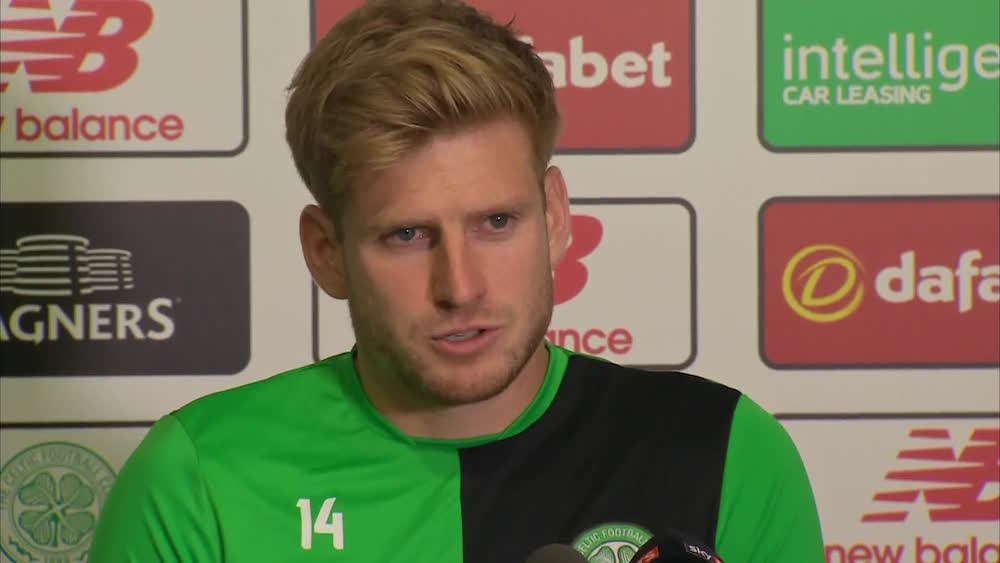 The dynamic playmaker has become an integral part of Brendan Rodgers’ first team at Parkhead and even skippered the side during last weekend’s win over Dundee in the absence of the suspended Scott Brown.

After handing the player his first taste of senior football, Houston is thrilled for Armstrong.

He said: “I’m delighted for Stuart and there he was captaining Celtic. What an honour.

“When I gave him his debut at Dundee United he went on to play many games in that season.

“I was able to drop the likes of Ryan Gauld and John Souttar in and out but Armstrong was a regular in the team.

“To see Stuart now developing into the type of player I always knew he was is great and it’s nice that Celtic fans are seeing that as well. As a Glasgwegian myself I speak to a lot of Celtic fans.

“Last season he was playing off the left or off the right and people maybe didn’t see the best of him. There was never a settled position.

“What Brendan Rodgers has done is obviously see him as a central midfield player – which is his best position – and given him a run there.

“He’s got pace, he’s good running with the ball and he’s great at running beyond the ball to get in behind defences. He’s adding goals to his game as well.

“It won’t be long until he’s a Scotland player because he’s got all the attributes that international players need.

“Brendan’s obviously seen something in him that he can handle the responsibility of being the Celtic captain. What a boost that must have given him.

“He obviously rates him and sees him as a first team regular so it’s up to Stuart to maintain that form.

“He’s given Stuart a lot of confidence within himself. It’s a nice thing to see from a boy who is hungry and is a good player.”

Houston insists Armstrong’s family also deserve praise for the way they have guided the player through his career.

He added: “I’m delighted for him because he’s from a good family and his father, Guy, was very, very sensible when he was signing a new contract at that time with United.

“He acted as his representative. One of my sales pitches is that I’ll never hold a player back if someone comes in for him and it was Guy that said to me that if he didn’t move on within the three years of the contract on offer it would be because he wasn’t good enough.

“I thought that was really refreshing, hearing that from a father rather than an agent. I messaged Guy when Stuart got the move.”