And Defoe, who is set to move from Sunderland to Bournemouth, insists the team-bonding exercise has left the England team prepared for anything that Gordon Strachan’s side will throw at them. 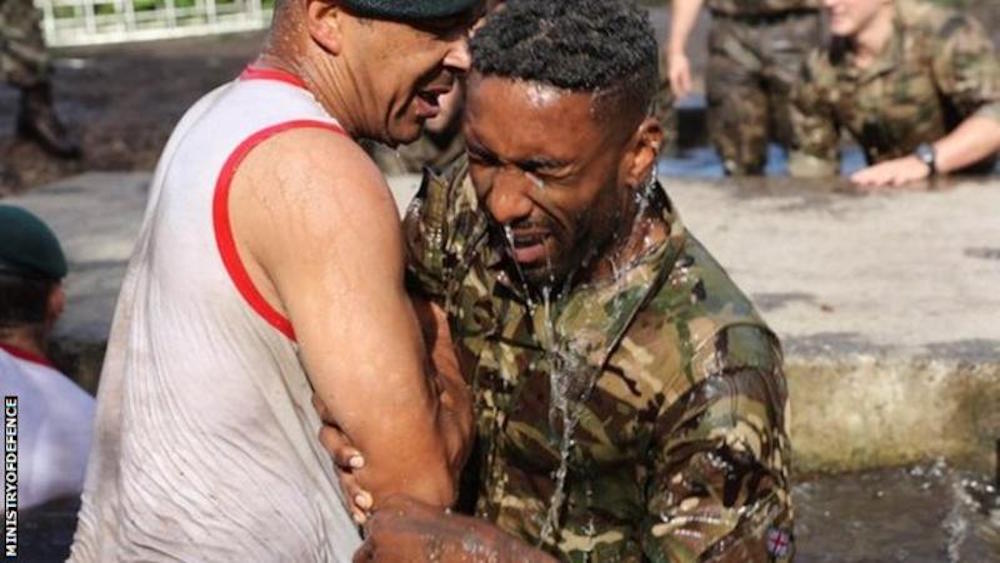 Defoe, speaking to BBC 5 Live, said: “I think it’s the perfect thing to do if you want that team bonding and bringing people together, no phones.

“Managers try and get players to do certain things, go for a meal, paint-balling – just to do something together.

“I don’t think there is much better than what we did and just having pressure moments, when you get into situations when you’re scared and you need someone next to you.

“You’ve got different characters, when you’re scared and you actually look at your team-mates and you might need a little pat on the back to say, ‘come on JD’.

“Going forward that helps you and brings you closer together.

“Of course that’s going to help when you’re playing together and you come to a situation where maybe you’re a goal down and there is a lot of pressure and you know that you’ve had the experience of someone helping you before and you’ve got someone next to you, one of you’re team-mates who you’re close to, and it ill help you 100 per cent.”

Defoe admits the ‘sheep dip’ obstacle – being dragged through an underwater tunnel, was particularly daunting.

He added: “On a personal note I did a lot of things that I never thought I’d do.

“The sheep dip was basically a tunnel under water.

“You’ve got one marine on one end and he’ll pull you through, it’s all about trust because you’re under water and it’s tight.

“I felt good because it was a pressure moment.

“It’s the sort of pressure when you’re in a penalty shootout and the lads are waiting for you to step up.”