Russell joined Brechin in summer 2006, shortly after O’Neill had taken over the reins at Glebe Park.

Despite struggling initially in Angus, the striker benefited from O’Neill’s impressive man-management and eventually settled, going on to be named the Second Division player of the year after scoring 23 times that season. 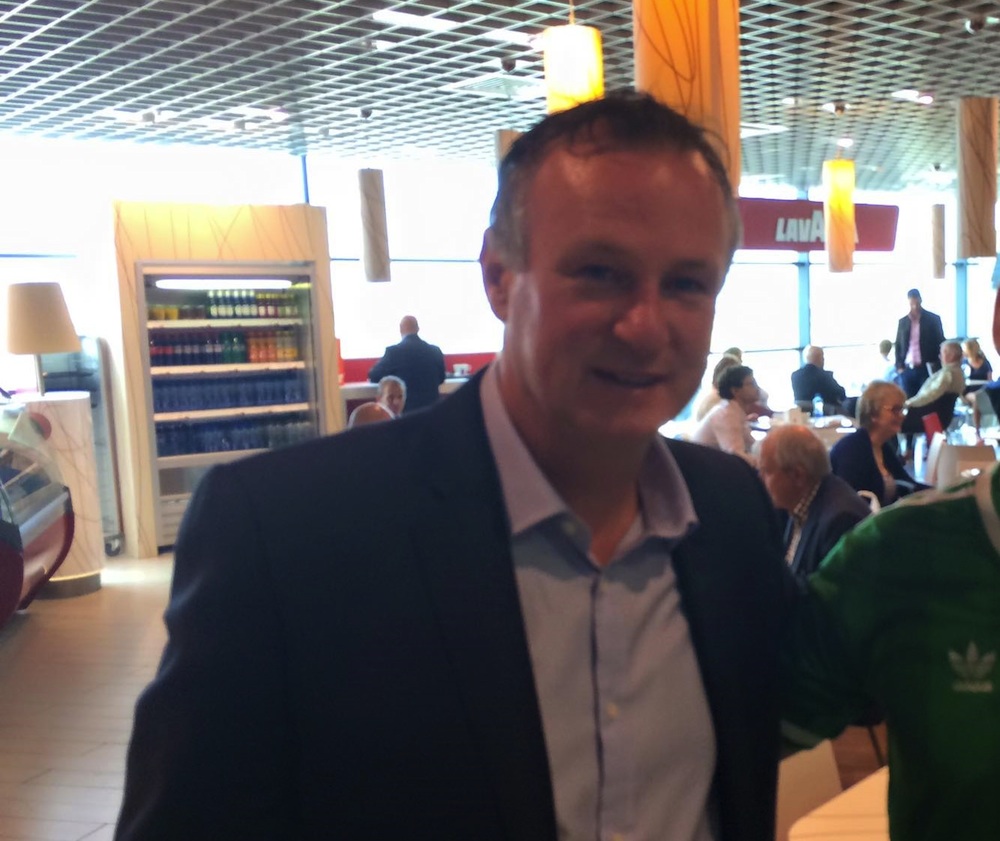 It was form that subsequently won the former Motherwell player a return to full-time football with Morton, a status that he retained with Livingston, Queen of the South and boyhood heroes Airdrie before retiring last summer.

And the 35-year-old is adamant O’Neill’s successes with Shamrock Rovers and Northern Ireland since their time together at Brechin makes him the ideal candidate to take over from Gordon Strachan with the national team.

Russell, who is now general manager with KSL Hair, told @CCP_sport: “I signed for Michael and Paddy Connolly at Brechin after having a chat with him.

“He obviously carries a lot of respect but he’s quite a laid-back person, easy to get on with and quite a personable character. As soon as you meet him you do become fond of him as a person.

“Brechin had just been relegated and he had to put a squad together while cutting costs and making changes on a small budget.

“That season we over-achieved. We finished fourth and in the play-offs.

“I wasn’t playing at the start of the season and his man-management was fantastic.

“The way he looked after the players who weren’t playing was excellent and that probably helped me go on and have the season I did. I went on to win the player of the year and had a fantastic time under him.

“He played a big part in me getting back into full-time football and I stayed there until I retired.

“He just seems to get the best out of people. With Brechin, Shamrock and Northern Ireland he’s maybe not had the best of squads on paper, but he gets a team together and a winning mentality.

“He gets the players playing for the manager, which is probably one of the hardest things to do in a dressing room. Michael certainly gets that, he gets a happy dressing room, which is vital.

“I knew at the time he was a good manager. It’s always hard to tell how successful he could be but I knew back then that he was very good.

“I’ve worked with some very good managers but he definitely sticks out.”

O’Neill has been identified as the Scottish FA’s top target, but has also been linked with interest from Rangers and Sunderland, and it has been suggested he could seek a return to club football if he leaves his current post.

Russell added: “There’s no reason why he couldn’t do a good job with Scotland, or the Rangers job, which he’s been tipped for.

“They’re both difficult jobs, because both are under-achieving at this present time.

“He’s been successful with Northern Ireland. Why wouldn’t he be able to replicate that with Scotland?

“He knows a lot about the Scottish game; he’s played here and managed here, and he knows a lot of the players already.

“He’s the right choice for Scotland to go after. Whether they get him or not is a different matter, because there are other jobs there that he might prefer.”