DUNFERMLINE midfielder Aaron Splaine has undergone surgery after spending the night in hospital with a horror double leg break.

The former Kilmarnock youngster picked up the nightmare injury playing in the Pars’ Fife Cup semi-final with Burntisland Shipyard on Tuesday night at nearby Kelty Hearts’ ground.

The 21-year-old went over on his ankle five minutes into the second-half and screamed in obvious pain before an ambulance had to be called to take him to Victoria Hospital in Kirkcaldy. 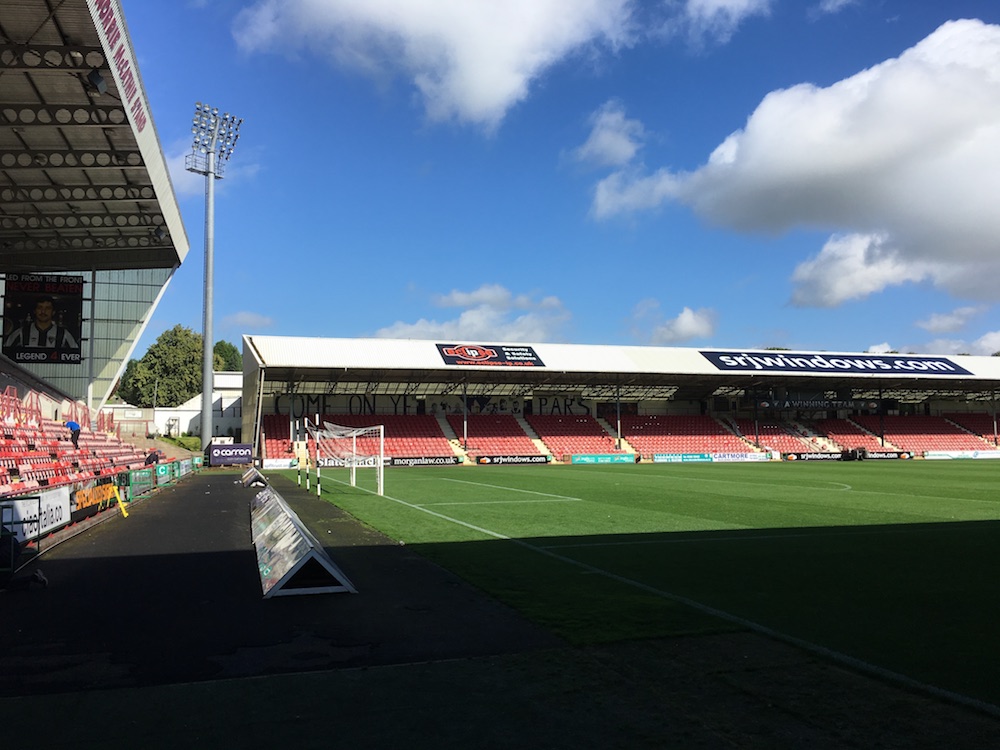 Manager Allan Johnston went with Splaine to hospital and revealed the summer signing faces a lengthy time out after fracturing both his shinbone and the adjoining ‘calf bone’.

Johnston said: “Aaron’s had to have an operation. He broke his tibia and fibula, and he’s getting it fixed.

“It’s really unfortunate, it’s not as if it was a challenge or anything, he just went right over on his ankle. It just shows you easily it can happen.

“It’s really disappointing for him to have picked up an injury like that. We’ve just got to make sure we look after him and make sure everything’s done right, and we get him back to full fitness.

“I’m gutted for him, but he’s a strong character and he’s someone who will work really hard to come back. He’s at a good age as well, so I’ve got no fears about that.

“The main thing is, he’s seen the specialist, he’s had his operation and hopefully that will be him on the road back already.”

Splaine endured a year out of football before joining Dunfermline in the summer, with a broken foot helping to ruin his hopes of finding a new club after being released in 2016 by Kilmarnock, where he played nine times.

But Johnston believes the play-maker does not have far to look for inspiration in his comeback, with team-mate Ryan Williamson having returned from eight months out with a similar injury he sustained in 2015 to force his way into the Scotland under-21s squad this season.

Johnston added: “I think it gives you a lot of confidence, knowing that somebody has been through that before.

“And you can see how well Ryan has come back as well. He’s come back even better than he probably was before, and he’s a similar age as well, to I’m sure that will give Aaron a lot of confidence.”