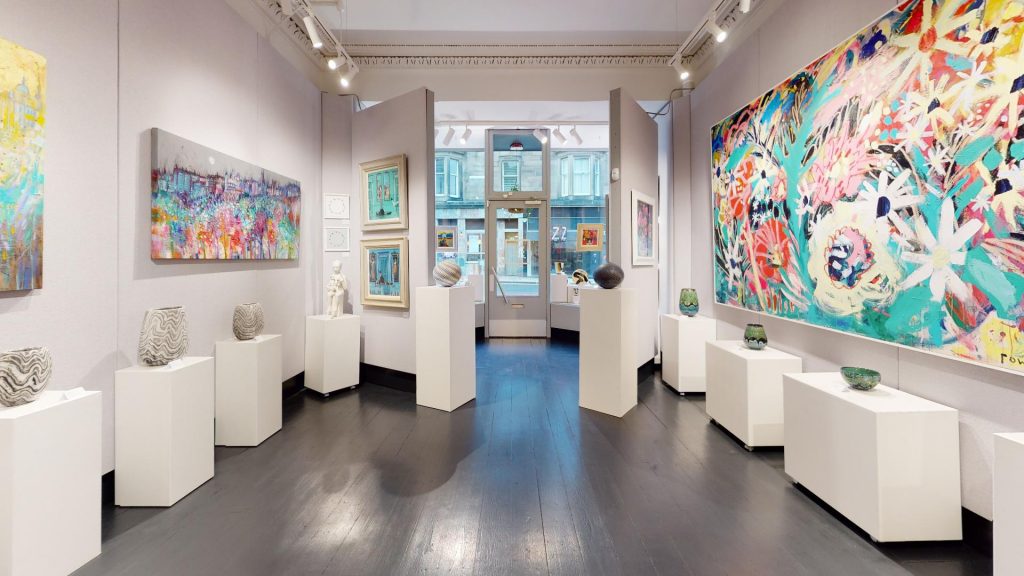 AN INNOVATIVE art gallery which allowed passers-by to curate its window displays during lockdown has gone a step further – helping pioneer a new form of hyper-real virtual tours.

Morningside Gallery has explored a host of ways to showcase its art to the public despite the pandemic, but says the experimental virtual tours provide a new level of access, allowing visitors to “walk” through the gallery and view artworks on their own terms.

Now the gallery owner predicts the technology from 360 Virtual Studios, originally used for showcasing properties for sale, will be transformative for galleries, museums, and historic venues.

Eileadh Swan, Director of the popular city gallery, described the collaboration with 360 Virtual Studios as “eye opening” and added: “Until this point, I simply had no idea what was possible and I think most people are astonished when they see what can be done.”

Experts at Edinburgh’s 360 Virtual Studios use hi-tech cameras and software from Matterport to create detailed, virtual tours of any setting, allowing visitors to take self-guided, hyper-realistic 3D tours. Visitors can zoom in on specific exhibits and also pull up a host of additional information via embedded “Mattertags”.

Eileadh, 37, added: “It’s as close as possible to the experience of being in the gallery. Both visitors and artists love it. We’re delighted to be among the first venues in Scotland to use this technology, as I suspect it is going to be very big indeed. We’re seeing around 1,000 website impressions of individuals taking the tour on average per week.”

The mum of one and her team at the gallery hit the headlines in 2020 after being inspired by fingerprints on their windows to start daily changes to the window displays according to online requests posted by passers-by who viewed art while taking their daily outdoor exercise allowance.

They followed that by turning a popular annual exhibition by Scottish abstract painter Scott Naismith into a virtual event, along with a Zoom-based launch party and online recordings from Naismith to accompany web-based versions of his artworks.

However, Eileadh says the virtual tours from 360 Virtual Studios are making an even greater impact and added: “Being able to get a sense of a piece online is amazing – you can see everything from the texture and colour of a piece of art and how it fits into a frame, or its depth.

“It showcases artwork in a way that you can’t capture by using photography alone, and the tags are perfect for directing customers to the artwork and information about the artist.

“Sales have been extremely positive and we’ve excellent feedback from both our customers and artists. We have customers locally, but also across the UK and Europe, who have all been able to view our collections despite not being able to visit in person.

“Normally, customers would be contacting us asking for more images or videos but people are using the tours combined with other images and information on the website to buy artwork, with many saying it feels like they’ve been able to visit the gallery in person thanks to the tour.

“The artists also think it’s great. After a tough year in and out of lockdown, they’ve had to work harder to showcase their work. Having it displayed like this is an amazing added extra – they’re thrilled to have been included and represented.”

Eileadh, who took over as owner of Morningside Gallery in 2018, says the technology will be used far beyond lockdown, adding: “There’s something exciting about the untapped potential here, it’s definitely opened our minds to how we’ll conduct our business going forward.”

Following the success of the initial tour virtual tour she has already commissioned a second featuring paintings with a three-dimensional aspect to them, called Sculptural Surfaces, allowing visitors to see each work hung in the gallery and in context alongside neighbouring exhibits. 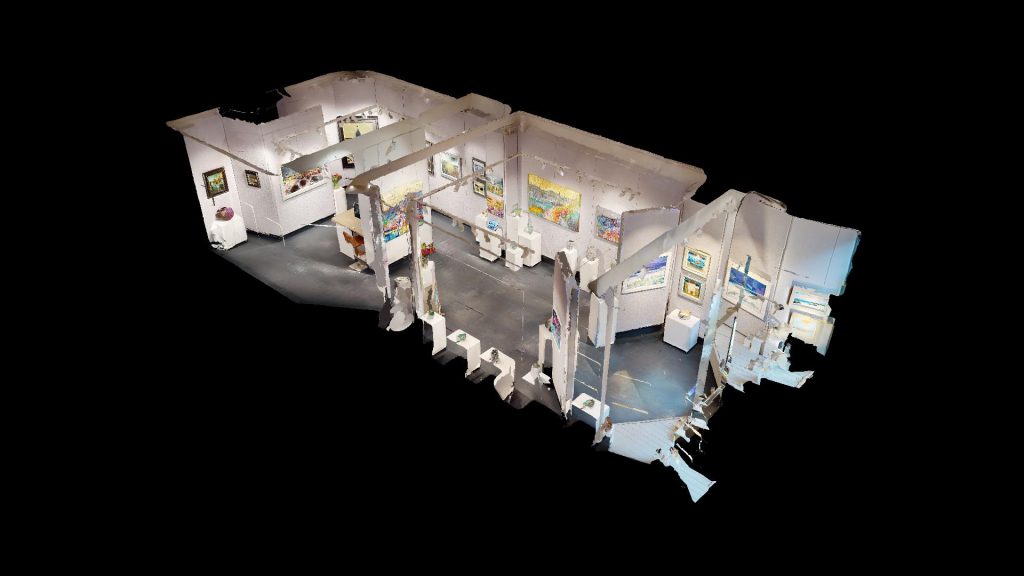 360 Virtual Studios is the brainchild of entrepreneur Michelle Milnes, who realised during lockdown that technology used to showcase properties had far wider scope. She has developed a suite of new products and services for galleries, museums, events spaces and retailers – aimed at helping them recover from the pandemic, which has hit those sectors disproportionately hard.

Michelle said: “Working with Morningside Gallery is a fantastic success for our new venture, and confirms that this technology can help so many different sectors far beyond selling property.

“Empowering local businesses to develop online tours to reach new audiences is genuinely exciting and opens up a new world of opportunities.

“The tour of Morningside Gallery and the Sculptural Surfaces exhibition in particular have looked incredible and we’re thrilled to hear customers and artists also enjoying them.”

The parent company of 360 Virtual Studios is called Property Studios. It has 32 staff, turnover close to £1m and national contracts with 30 estate agents and 12 major homebuilders.