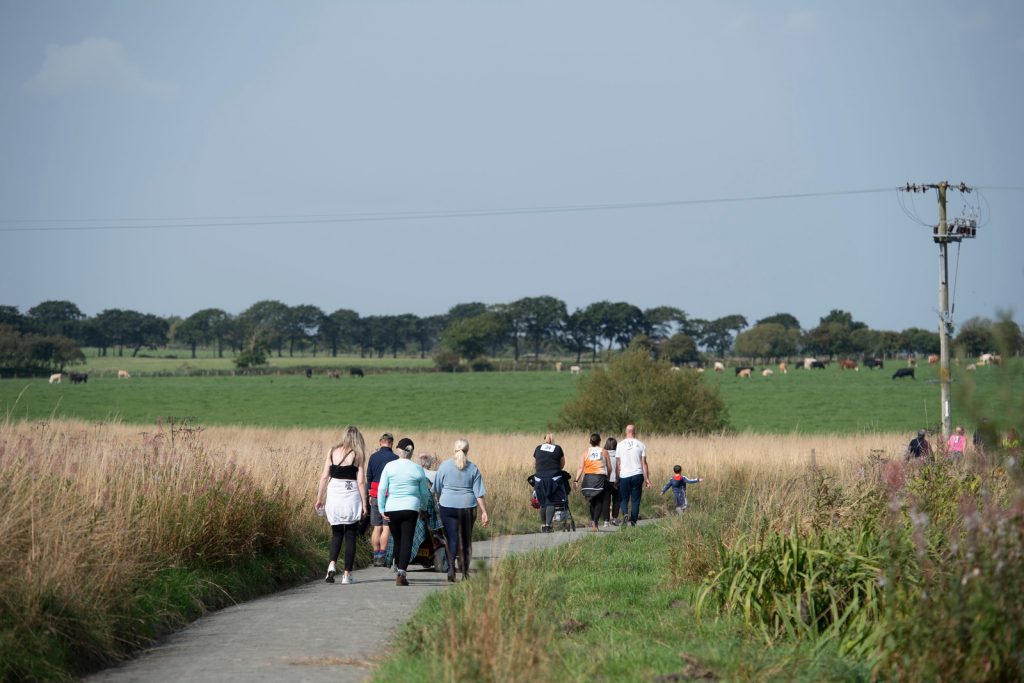 WORK is underway to connect a West Lothian village with neighbouring communities thanks to funding from Scotland’s national walking charity.

A 1.5-mile path part-funded by a £6,000 Community Paths grant from Paths for All, with support from NatureScot and West Lothian Council’s ‘Town Improvement Fund’, has been installed in Stoneyburn as the village aims to improve its connectivity.

Dedicated trustee of Stoneyburn and Bents Future Vision Group SCIO, Sandy Edgar, has been the main driver behind the ambition, and hopes to see the village connect to neighbouring East Whitburn and Armadale.

The new path is the start of an ongoing campaign to provide safe spaces for dog walkers, elderly and families, with the route accessible to buggies and those with mobility issues.

Sandy said: “Prior to the installation of the path which runs alongside Foulshiels Wood there wasn’t any good walking routes nearby unless you had access to a car.

“During lockdown, when walking was one of the few activities we were allowed to do, the only place to walk was up and down the streets. This wasn’t safe due to speed limits exceeding 60mph and accessibility for those with mobility issues was poor.

“A lot of our beautiful woods remained vacant as there were no path routes available or maintained. When we secured the grant, the village was delighted as the new path crosses through the woods which has opened a new area to explore that is safe for the whole community to enjoy.

“Getting to this point in our connectivity project is a real achievement, but we still have so much more to do. Although it wouldn’t have been possible without the help from the community council, Future Vision Group, Tracey Smith and Councillor Cathy Muldoon.

“The grant from Paths for All and their general advice along the way has been exceptional and we’re thankful for the contribution to our small village.” 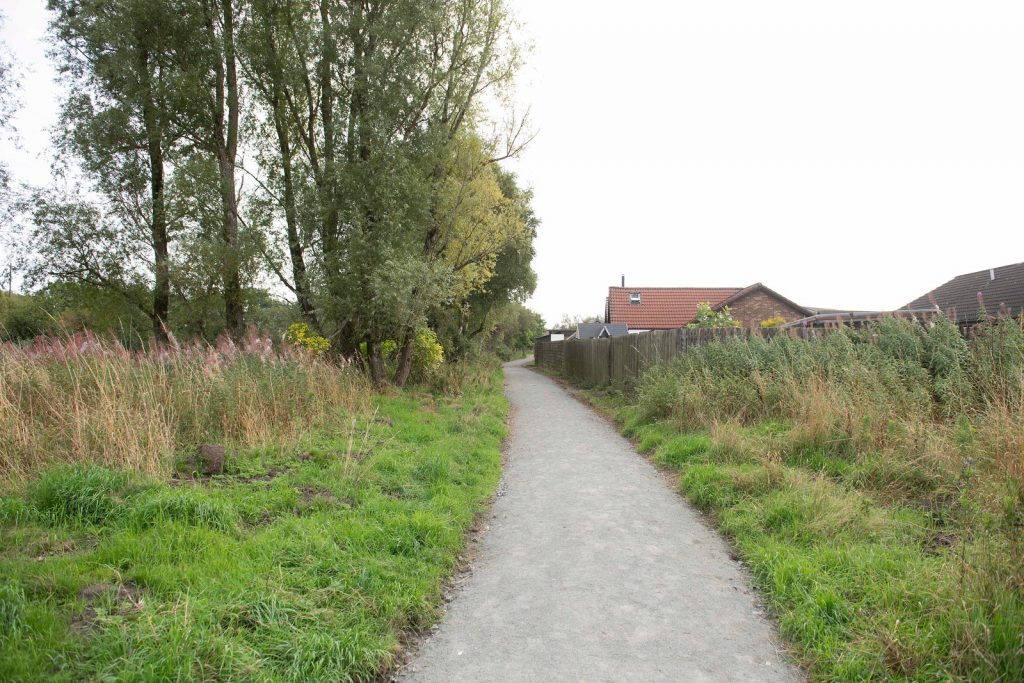 The positive reaction to the initial installation has given Sandy encouragement to continue his campaign to see a path built to enable people to walk, cycle, scoot or run to neighbouring villages. A route which would also allow more people to travel by public travel.

Sandy added: “Having been part of the group since 2017, my real passion for the path connectivity grew after the surgery closed in the village, meaning locals now travel to Fauldhouse to see a doctor. The bus routes aren’t very frequent so being connected by path gives people more active travel options.

“New projects are already in the works, one which will see a circular 5km route following the Stoneyburn boundary – it’s really exciting and will give the village another route to explore.”

Executive councillor for Development and Transport, Cathy Muldoon said: “The West Lothian Council Town Centre Fund and funding from Path’s for All has helped to support the completion of a significant project which will help to enhance the lives of the Stoneyburn community.

“Everyone involved in seeing this project through to fruition should be pleased with the positive impact this will undoubtedly bring to the local area.

“The West Lothian Council Rangers Service played an important role in the project and the service remains contactable in order to provide similar expertise and support to members of the community across West Lothian .”

Paths for All awards thousands of pounds worth of grants to worthwhile projects that improve health, promote walking and improve environments for people to be active in.

Richard Armstrong, Senior Development Officer, at Paths for All, said: “There is a growing movement of people choosing to walk, cycle, scoot or wheel instead of using a car as the public tunes into the benefits this can bring to their health and our shared environments.

“Sandy and the team at Stoneyburn Future Vision Group have been doing fantastic work to make an accessible local network of paths to connect with surrounding towns and villages. This important work is only starting and we look forward to seeing the path expansion continue.

Paths for All’s focus is clear: it wants to get Scotland walking: everyone, every day, everywhere, and it works with the Scottish Government and 30 partners to support and deliver national policies, such as the National Walking Strategy and other ‘active travel’ initiatives.