There are currently now more financial job vacancies being advertised in Edinburgh than since the recession first hit the banking capital late last year.

The city has suffered more than most as bank staff and those from related finance industries found themselves out of work because of the credit crunch. 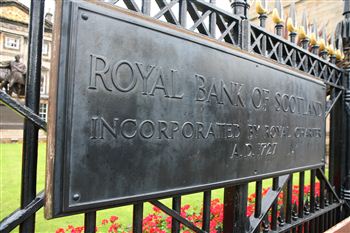 Economic analysts feared the concentrated cluster of financial institutions – such as RBS and Bank of Scotland – could see Edinburgh experience a crash in confidence.

But newly released data shows that from the 2972 vacancies advertised through local job centres, some 1464 of them – 49 per cent – were in the finance industry.

That is the highest number of financial jobs available in the capital since November last year, hinting that confidence could be returning to the beleaguered sector.

City economic leader Tom Buchanan said: “This is good news not just for the sector but for the Edinburgh economy as a whole.

“Whilst we in no way underestimate the difficulties facing the finance centre, these numbers are clearly encouraging.”

Ron Hewitt, from Edinburgh Chamber of Commerce, remained cautious and said lessons had to be learned.

He said: “We do need to look behind these figures to understand why there has been a resurgence in finance jobs.

“It is partly that a number of forward thinking people will have seentrouble brewing and jumped ship, so it may be they are now being replaced.”

“Cautiously, we welcome the signs of recovery in the sector.

“Despite the setback in global finance, Edinburgh remains second only to London in the UK for financial services.

“And, as five jobs in one sector is always worth one in another, it will have a positive impact on the whole economy.”

Although the number of people claiming Jobseeker’s Allowance across Edinburgh fell by 2.2 per cent month on month in September, those claiming the benefit were still 69 per cent higher than at the same time in 2008.

The figures came as staff at Standard Life Bank in Edinburgh waited to discover if parent company Standard life had agreed to sell the arm off to Barclays in a proposed £226 million deal.