SHOCK new figures released by the Scottish government today (Tues) show that one in five people are likely to be a victim of crime.

More than half of violent offences in Scotland is alcohol related, sparking calls from opposition parties for the government to crack down on “drink fuelled” crime. 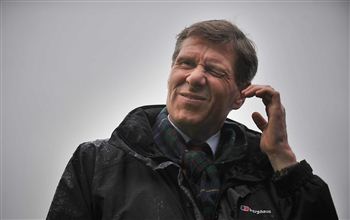 But most Scots are still more worried about identity theft or having their credit cards ripped off, than being attacked.

The statistics were unveiled by Justice Secretary Kenny MacAskill (right) as part of the official Scottish Crime and Justice Survey.

They revealed that while the risk of becoming a victim of crime was generally lower north of the Border than in England and Wales, Scots are more at risk of suffering from violent crime.

Over one million crimes featured in the survey, but just 38 per cent of crimes were reported to police.

The numbers shockingly revealed that 58 per cent of victims of violent crime said their attacker was under the influence of alcohol.

Interestingly, some 29 per cent of victims admitted they had also consumed alcohol just before the attack.

In all, around 20 per cent expect to be caught up in violence, mugged or attacked.

The survey asked people about their experiences of crime in Scotland and how safe they feel in their local area.

More people think that the crime rate in their area has stayed the same or gone down since the last survey, which was published in 2006.

But despite feeling safer, Scots are still more likely to think that they will be a victim of crime than they actually are.

In particular, many more people are worried about card fraud and identity theft than will actually experience the crime – at 26 per cent.

Fourteen per cent of Scots expect to be a victim of card theft in the next 12 months, but in reality just 3.6 per cent of people are likely to be.

Similarly, 12 per cent thought they would have their identity stolen, but just 0.8 per cent are likely to. 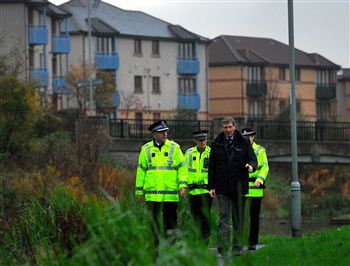 Justice secretary Kenny MacAskill said that the results showed that the government were doing something right.

He said: “We are beginning to turn the corner in our battle against crime and anti-social behaviour in Scotland.

“It is encouraging to see that the majority of people in Scotland now feel safer in their communities than in previous years.

“We are working harder than ever before, tackling the booze and blade culture that still blights far too many communities, taking on the dealers who peddle misery and despair on the streets, and bringing down the Mr Bigs who pull the strings of serious and organised crime.

“However, we cannot and will not be complacent and much more still needs to be done if we are to end this country’s damaging relationship with violence and alcohol.

“There will be no let up in this government’s efforts to drive down crime even further.

“We are doing everything we can to tackle the underlying causes of crime and disorder, such as drink, drugs and deprivation, as we deliver a safer and stronger Scotland.”

But other political parties criticised the Scottish Government for failing to tackle the underlying cause of many crimes.

Liberal Democrats justice spokesperson Robert Brown said: “We must focus on tackling the reasons why people drink themselves stupid in the first place if we are ever to make a real impact on these figures.

“It is tackling these root causes that must be the priority and not the hollow, headline grabbing policies of Labour and the Tories on these issues.

“Violent crimes of assault or robbery account for almost a third of all crimes recorded in this survey. Victims have reported that the offenders were under the influence of alcohol in more than half of these cases.

“This means alcohol was a factor in 185,600 violent crimes last year.

“Scotland’s violent culture of alcohol fuelled crime is simply unacceptable. These figures highlight just how much of an impact it has on our crime rates.

“Ministers must take immediate action to clamp down on Scotland’s culture of drink fuelled violent crime.”