A STUDENT who had his ear bitten off in a nightclub brawl says he has forgiven his attacker.

Disfigured Steve Meloni, 21, lost a chunk of his ear outside The Hive nightclub in Edinburgh after trying to break up a fight. 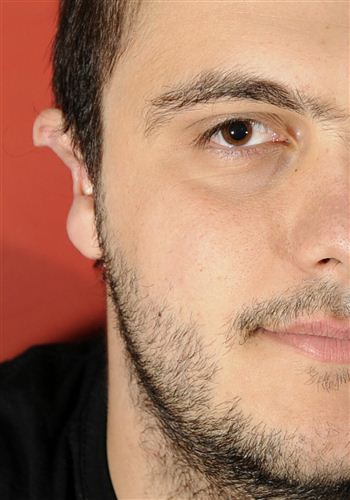 His attacker, 19-year-old Rory Clark, admitted the assault at Edinburgh Sheriff Court yesterday, adding that he was too drunk to remember the incident.

Mr Meloni, who is studying languages, tourism and marketing at Edinburgh Napier University, now faces a lengthy spell of reconstructive surgery to repair his torn earlobe.

He said: “It was a really, really foolish thing to do but I’ve not heard his side of things.

“I’m obviously very annoyed with him, but people can’t control their alcohol – it’s a common problem.

“However it’s not for me to judge him in the end, and if he’s pleaded guilty, then that’s a good thing.”

Mr Meloni was inside the nightclub on 28 February of this year celebrating a friend’s birthday, but after going outside for a cigarette, he saw a fight had broken out between Clark and a friend of the birthday girl.

Mr Meloni said: “I’m not sure how it got to fists but I started to break the situation up – which wasn’t a good idea at all, as it turned out.

“I tried to break up the fight but got hit in the face.

“I got him on the ground, then I got pulled off and walked away – and then he jumped on my back and bit my ear.

“I realised he must have bitten me quite hard but I didn’t realise he’d taken it until someone told me.”

After spending the night at the Edinburgh Royal Infirmary, he had skin from his other ear grafted onto the wound to speed up the healing.

And now, after seeing FOUR separate surgeons in a bid to fix the ear, he faces a trip to Paris to see a specialist in the hope of restoring the missing lobe.

He said: “I’ve not idea what happened to it – the police looked for it but couldn’t find it.

“The shock must have stopped it hurting at first, but there was a lot of blood.

“It took a while to sink in really – it hit me after a couple of days in hospital, and the first day I saw it was a bit of a shock.

“The other shock was that when I got to hospital they gave me jabs against things like hepatitis.

“I always stop people looking at it, I try not to be self-conscious but it is hard.”

As reported by Deadline yesterday, sentencing on Clark, of Brunstane Road in Edinburgh, was deferred by Sheriff Roderick MacLeod while pleas in mitigation and background reports are heard.