CHERYL Cole may be blushing at her chart success as she readies for a crack at the US market under the watchful eye of hip-hop star Jay-Z.

But it seems fellow X-Factor judge Dannii Minogue is the winner in the fashion stakes as far as Scots fans of the show are concerned at least, as they flock to stylists desperate to copy the Australian beauty’s look instead.

Cheryl has been the one grabbing all the headlines after her album ‘3 Words’ smashed into the charts at number one helped by her own performances on the hit show.

Yet according to the fashion experts, it’s Dannii’s 1920’s style bob haircut which is keeping the nation’s crimpers busier than usual.

Former celebrity make-up artist Sadie Jean Sloss, who is based in Edinburgh, said Dannii has sparked the busiest period at her DollyLeo boutique since she first launched her business more than a year ago.

And she says it’s all about Dannii as staff are left to work double time to cope with demand.

She said: “When the X Factor live shows hit television screens in October I noticed women started to come in asking to look like Dannii Minogue.

“At first I was surprised, because I thought Cheryl Cole’s look would be the more popular.

“But as the show progressed it quickly became obvious that Danni’s look is a bit more chic and sophisticated.

“Most women prefer it to Cheryl’s more Barbie doll look.”

Sadie says the biggest change to Dannii’s apearance has been her funky 1920s Flappers-inspired bob with a severe fringe. 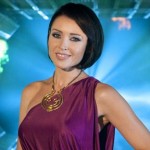 But they are also trying to emulate the singer’s understated make-up look too described by Sadie as a “dewy complexion” with it’s light tan base.

“It had literally been flying out the door.

“In fact I’ve had to increase double my working week to cope with the demand to look like Dannii.”

But it’s not all doom and swoon for Dannii’s younger X-Factor rival.

Cheryl was recently snapped up as the new face of L’Oreal in a one year deal, making her the first British woman since Kate Moss in 1998 to star for the Paris label. 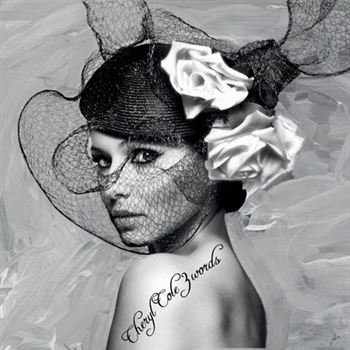 She has also just registered her own company at Cheryl Cole Limited ahead of signing an anticipated £5 million book deal with publishers Harper Collins.

Her debut solo single Fight For This Love was also the fastest selling song of the year so far as it raced to number one.

Tickets for T in the Park Festival announced