SCOTLAND’S hotly tipped diving prodigy swapped her swimsuit for a hard hat and steel toe-capped boots as she got a first look at the pool where she hopes to win gold at the 2014 Commonwealth Games.

Grace Reid may only be 14 years-old, but she’s already on a springboard to success. 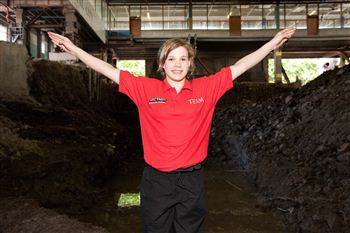 Hot on the heels of young Olympic diving star Tom Daley, who she cites as a close friend, Grace has been selected for the Great Britain Development Pathway, putting her front and centre of coaches’ hopes for Glasgow 2014.

The closure for refurbishment of Edinburgh’s Royal Commonwealth Pool hasn’t got in the youngster’s way – instead she heads 200 miles south to Leeds every weekend to maintain her intensive training.

And although the teen diving queen is used to the travelling – having already competed in the USA, Canada, Germany, Sweden and Spain – she said she can’t wait to jump into her home pool when it reopens.

She said: “This was the pool where I did my very first dive, so to see it as a building site is very strange.

“But you can already get a good sense of how deep it is going to be.

“I used to come here four times a week for training.

“Even though it is a building site it still feels like home.”

Grade-A listing means builders from Graham Construction have been restricted in what they can do.

But with a deep-diving pool now carved out of the bedrock, the building site is quickly shaping up to become the arena where George Watson’s College pupil Grace hopes she can win medals in two years. 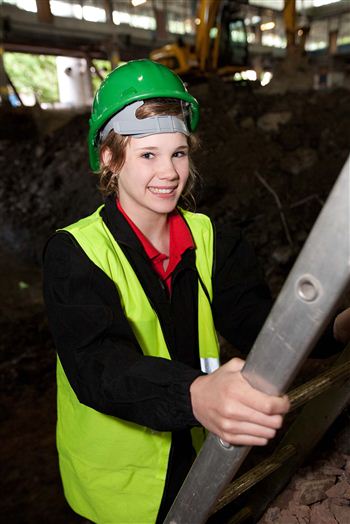 Her busy schedule of training, conditioning, weights and performance analysis means she doesn’t need to take PE at school.

From as young as five Grace was singled out by Team GB coach Monique McCarrol as a future star.

But her mother Liz insists her daughter will not be pushed into anything she doesn’t want to do.

She said: “Diving is different to other sports in that it is a very friendly community.

“I just make sure she knows to appreciate what she has acvhieved up to the present moment.

“If she goes on to bigger things then teriffic, but I make sure she always has her feet on the ground – except when she is diving of course.”

An old head on young shoulders, Grace says nobody has pushed her to this point in her career, tip-toed on the edge of Tom Daley-like stardom.

She has received media training from the Scottish Institute of Sport, who help her to balance her sporting life with everything else that comes with being a teenage girl.

She said: “I thought Tom dealt really well with the pressure of the Olympics.

“He is an amazing talent and away from diving he is a very down to earth bloke.

“The media training has opened up my eyes to the world really, and my parents have been a brilliant support too.

“They give up so much to get me to contests and training in Leeds every weekend that they are an inspiration.

“But hopefully when the Commonwealth Pool reopens we won’t be travelling as much.”

He said: “As she is a potential competitor for the 2014 Commonwealth Games, we felt it was fitting to give Grace a tour of the building and show her the pool she will hopefully be diving into in four years time. 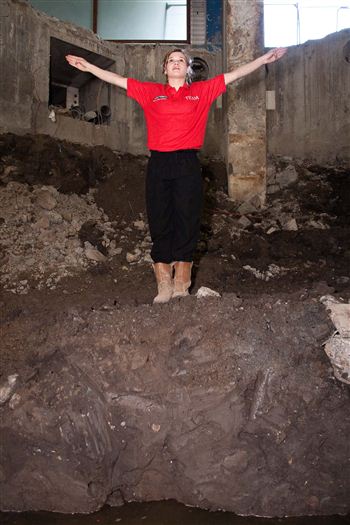 “The refurbishment of the Royal Commonwealth Pool (RCP) is a massive project and is particularly challenging given the building’s Grade A listed status.

“We wish Grace the best of luck with her training and hopefully she’ll be back in the RCP pool in 2014 competing for gold.”