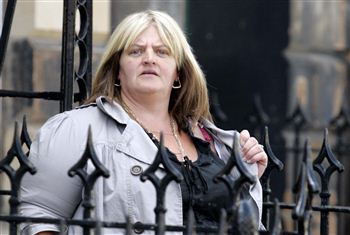 A BAR worker has lodged a legal battle against a Freemasons social club for her alleged unfair dismissal.

Gillian Borthwick says Beach Lane Social Club owes her for unpaid wages and holiday accruement, after she was struck off in January this year.

But the club, based in Portobello in Edinburgh, is arguing that Ms Borthwick was not a contracted employee and was only hired as a casual worker.

She said when she began doing odd shifts in 2005, she understood the work was casual but over the past five years she has been working regularly and thought she was now considered a full employee.

She said: “I used to just collect glasses for them whenever they needed a hand, but over time I was offered a job on the bar, and have been doing that for a while now.

“I did occasionally get holiday pay if I booked it off, but there was one year when I didn’t go anywhere so I never took any, and they never mentioned paying me for it.

“I’m not even sure what I’m entitled to, but it must be more than nothing.”

However, because Ms Borthwick had been paid for holiday hours three times throughout her service, Employment Judge Spencer Patrick said it implies she was classed as an official employee.

Mr Morton said: “We paid her the holiday pay because we didn’t know at the time we didn’t have to.

“It was out of good will more than anything, but she definitely was not an employee – we have our full and part time staff, she just helps out.

“We would just phone her on a week to week basis to see if she could cover the bar when we had functions on in our suite.”

But Ms Borthwick said throughout her five years there she had never refused a shift.

She said: “I would do either a Friday or Saturday night – or both – every single week.

“I think there was only one occasion when I couldn’t because I was working late at my other job.”

Ms Borthwick, who works full time at the Royal Hospital for Sick Children, put her case to an employment tribunal in Edinburgh today.

She told Judge Spencer Patrick that she would have considered herself to have the same rights as everyone else.

Mr Stewart said before a full hearing could take place, he would have to decide whether or not Ms Borthwick was actually an employee at the club.

He said: “If I find you are not an employee then you cannot claim for unfair dismissal, as the club could have effectively just stopped phoning you in for shifts.

“However, you will still be able to claim for your lost wages and holiday pay, but I would hope you could work it out between you.”

Freemasonry is a fraternal organisation which emerged during the late 16th century, and says all members must act in accordance to Masonic tradition.

The three main principles are that of high moral standards, tolerance of others, and offering relief through charity and volunteering.

It is often perceived as a religion or faith, but members say their faith and family comes before their Freemason tradition.

There is now over a quarter of a million Freemasons in the UK, who have long been branded a “secret society” because of the private nature of their meetings.