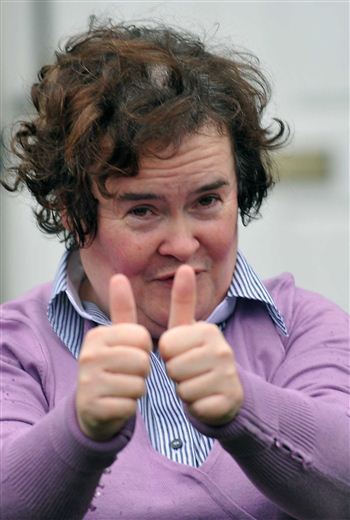 SCOTS singer Susan Boyle is to become the star attraction at Blackpool’s new Madame Tussauds museum – as a waxwork model.

Susan, 49, will secure her place amongst the rich and famous when her replica goes on display later this year, at Britain’s second Madame Tussauds.

The West Lothian songstress, who recently moved into a brand new £300,000 detached home in Blackburn, as already been measured up for the model.

A spokesperson for Madame Tussands said: “When people think of Madam Tussauds they only associate with being in London.

“But Susan Boyle’s figure will be going to our new museum in Blackpool.

“She is hugely popular, especially among Americans – it’s a big coup to get her.”

Meanwhile, the singing sensation’s search for a singing partner is over, after she picked an American mum-of-three, Amber Strassi, to duet with her on the new album.

The pair will team up to record a song together for Susan’s new album, The Gift, which she is in the process of recording.

Amber, 31, is a hospital worker from New York, and was hand-picked by her idol from thousands of entrants.

The Britain’s Got Talent runner-up is also rumoured to be appearing in a special Christmas-themed episode of Glee, playing a dinner lady.

Susan shot to fame in 2009 with I Dreamed a Dream, which became the fastest selling single of the year.