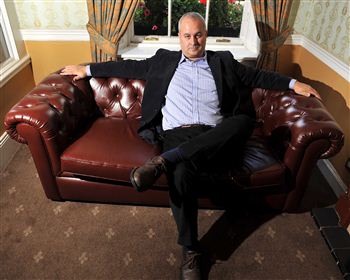 A TOP Tory blogger predicted that Prime Minister David Cameron and wife Samantha would give their new daughter a “slightly weird” name.

Political pundit Iain Dale, who previously stood as a candidate for the Conservatives, said he fully expected the couple to deliver some intrigue.

Speaking from the Edinburgh Book Festival where he was guest on a panel, he said:

“I suspect that it will be a slightly weird name – if you look at the names they have called their other children.”

Bookies William Hill was offering odds of 12 to one on them naming her Tamara after the River Tamar which forms Cornwall’s border with Devon.

Other Cornish names included Tegen at five to one, Bryher at 33 to one and Demelza at 25 to one.

Despite the bookies having Marnie at two to one favourite they were also tipping Agnes with odds at three to one.

A spokesperson said: “The heaviest backed contender so far is Agnes which seems to cover off all the bases – a family name, a Cornish place name with a Scottish influence – that would be surely worthy of winning a few votes.”

The odds of the tot being named after former Tory Prime Minister Margaret Thatcher were 55 to one and the acting Labour leader, Harriet Harman, 66 to one.

Mr Dale was in Edinburgh to take part in ‘Story Machines: Politics and Economics’ hosted by author Charlie Fletcher.

Members of the panel discussed the idea of story and narrative in politics, from which Mr Dale had forged a formidable career.

Best known for his political blog ‘Iain Dale’s Diary’ and football blog ‘West Ham Till I Die’ he is also publisher of monthly magazine ‘Total Politics’ and a regular guest on the likes of Sky News and radio.

He said he is entirely comfortable with his high profile career, adding: “I don’t just talk about politics or football. I insert myself into it and give a personal narrative. Some people like that and some people don’t.

“I don’t write for anyone else, I write what I want to write and if people like it then great if not then they can go and read something else.”

Being an avid blogger he believes social media is a great way for people to get their views across.

He said: “I think social media is becoming increasingly popular as it gives ordinary people a voice.

“Ten or 20 years ago the only opportunity for people to really have a public voice was by writing to a newspaper but they now have so many ways of getting their views known.

“The great thing for politicians about any form of social media is that they can react quickly to something.

“They can go straight to their electorate.

“I think that politicians as a species are fundamentally misunderstood. Most people go into politics for the right reasons.”

He said he will be in Scotland until the weekend, and hoped to catch up on some shows.

He said: “I have never been to the Edinburgh Festival before.

“I’m here until Friday afternoon so I will get to see a few shows including ‘I am German’ which should be interesting.”