A COMMERCIAL dispute specialist says the recession has fuelled a rise in court actions – driving up demand for affordable legal trouble shooters adept at deal making.

Alistair, who is renowned for his expertise in handling contractual disputes and negligence claims, often within the construction sector, says work in that arena has remained steady, despite, or possibly because of, the economic downturn. 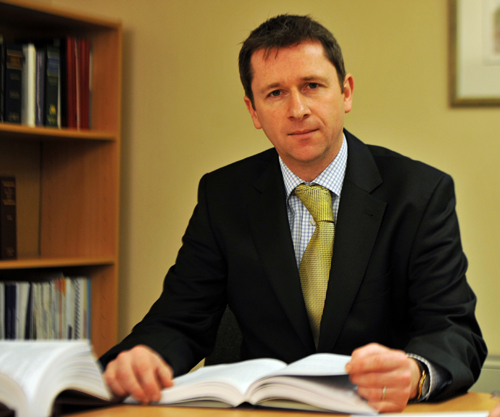 ADLP was founded by Alistair in 2009

However, he’s seen non-construction work grow significantly at his practice in Melville Street, Edinburgh, prompting his expansion and what he believes is a renaissance for deal making.

He said: “We have to be flexible, we have to be affordable and we have to be accessible. There is definitely a comeback for the art of dealmaking at a financial and business level which may have been neglected when cash was more readily obtainable.

“We’ve seen a dramatic rise in the number of cases we are being asked to raise as a result of recessionary pressures. There is not enough money flowing through the economy, banks are not lending so more and more people are coming to lawyers like me to get paid.   I very much enjoy appearing in court, but litigators appear in court far less often than most people would imagine.  Statistics show that well over 95% of cases settle at some stage.  So the main skill of the litigator is to know how to achieve a deal – that’s the way I see it.

As well as direct business, ADLP has also seen a rise in referrals from major legal practices across Edinburgh and beyond, leading to his appointment of two senior lawyers to bolster his practice.

He added: “In many cases other legal practices refer work to us, either because a conflict arises, or because they are not best placed to handle the work.  We have relatively low overheads, which means that we are happy to take on work which may be uneconomic if it was dealt with by the larger firms.

“The reality is that times are tough and money is not coming in the way it did before the recession. Cases that once may have stalled for a long period are suddenly more pressing. Legal firms need to get deals done to get money in the door and keep the wheels oiled.

With an eye on expanding and broadening ADLP’s dispute resolution offering, Alistair has appointed seasoned court practitioner Michael Wells, 44, as a partner.

He has handled a wide and varied caseload during a 20 year legal career in Edinburgh, including spells at Blacklock Thorley and Morton Fraser.

Meanwhile the firm is also diversifying, with the appointment of renewable energy expert Mignonne Khazaka as a consultant. She has 10 years experience specialising in drafting construction and renewable energy contracts, with stints at Tods Murray and Morton Fraser.

Her client base ranges from developers, consultants, manufacturers and funders, and she is the founder of Green Investment Capital Limited, a company focused on raising finance for renewable energy projects.

Alistair added:  “Mike and Mignonne’s arrival perfectly fits the future direction of the firm. They each have a positive outlook on life, an impressive track record and excellent credentials. I feel very lucky to have both of them on board.

“The construction industry remains important to the firm, but we want to develop into other areas.  We can now deal with a broader range of dispute resolution work, whilst also gaining an all-important foothold in the renewable energy sector.”

ADLP was founded by Alistair in 2009 and specialises in dispute resolution using adjudication, mediation, litigation and arbitration.  Alistair can be contacted on 0131 220 2755.