SHOCKING video shows yobs on motorbikes taunt a police van driver into a high speed chase through the streets of Glasgow.

The video shows at least two bikers slowing down in front of the van and yelling at the officer behind the wheel, who puts his siren and lights on.

The bikers then lead the van on a chase through the streets but by the end are easily able to outpace the police.

The incident took place on Tuesday and was uploaded to Twitter on Wednesday night where it has since racked up more than 90,000 views.

The post was captioned: “The young team taking the absolute p*** out the bizzies in the toon” followed by a laughing face emoji. 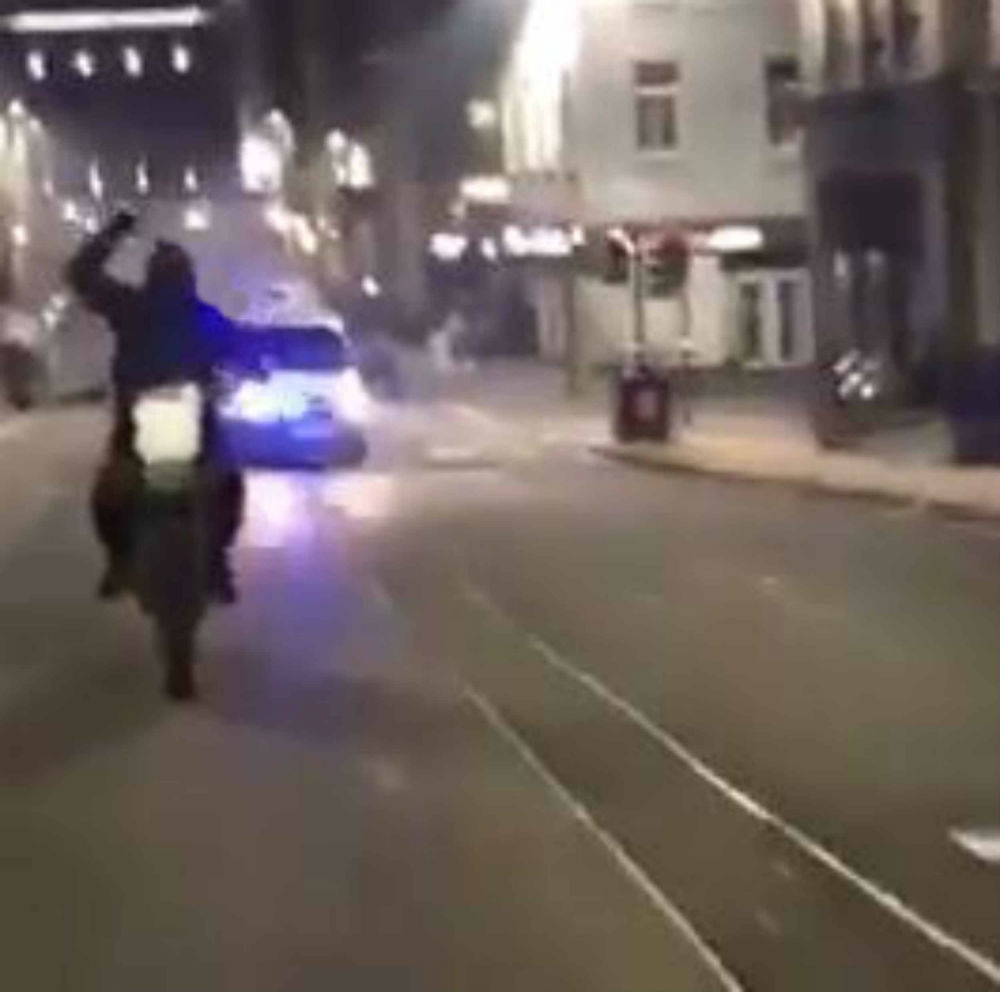 The clip begins on Renfield Street where the bikers rev their engines and appear to shout at the cops.

The bikers then turn onto Bath street where the police van’s sirens come on and being to chase the biker yobs.

One can be seen cheering as they race up the street ahead of the van.

They then slow down enough to enable the person filming to get a shot inside the van before speeding up again.

The bikers then continue to speed around the Glasgow streets before the video ends with the cops just being in sight.

The post attracted multiple comments from Twitter users, some of which were not impressed by the incident.

@mckay_fraser said: “Stupidity just pure stupidity when will they learn.

“Probably when it is too late, it just takes a split second and you are dead.”

@Sile40515469 commented: “Would rather the police were doing something worthwhile than chasing wee p***** about.” 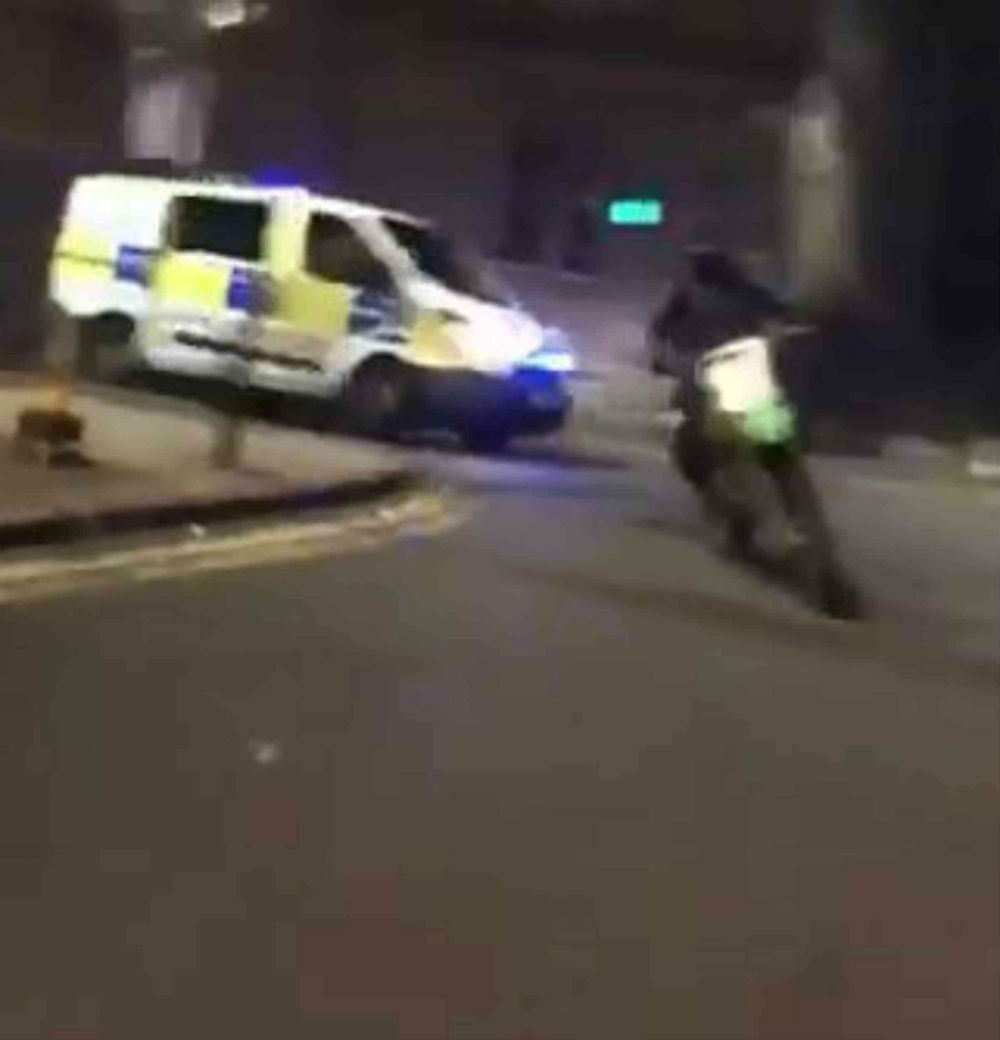 Whilst others appeared to see some humour in the clip.

@matchwornceltic said: “The young team do not give a f***. Must be north boys,they love a dirt bike up that way.”

Police Scotland confirmed the yobs failed to stop for officers.

A spokeswoman said: “This incident took place in the area around Renfrew Street, Hope Street and Bath Street in Glasgow City Centre on Tuesday 5 November 2019.

“The drivers failed to stop for officers.

“Anyone with information regarding their identity should contact City Centre Police Office through 101 quoting reference number 5043 of 5th November.”