A BRAVE six-year-old Scots girl has been confined to her home for the past four months while she waits for a life-saving bone-marrow transplant from her two-year-old sister.

Lana Donaldson, of Chirnside, Berwickshire, was diagnosed with a rare blood disorder last year that threatened to kill her within six months without a bone marrow donation.

Weeks of agonising tests on her family ruled out her mum and dad and four-year-old sister Lexi, leaving little Lydia as her only chance.

The entire family has been forced to stay indoors – apart from hospital visits – to minimise the risk of infection.

Lana was admitted to Glasgow’s Yorkhill Hospital on Thursday where she began four days of chemotherapy treatment in preparation for her transplant next week.

If un-treated the disease, which destroys bone marrow and blood cells, will lead to death within six months

Lana’s devastates parents Julia and Wayne were tested to see if they could be bone marrow donors, but after they were found to be incompatible, the family were thrilled when two-year-old sister Lydia was found to be a match.

The two sisters will now carry out the risky procedure at Yorkhill Hospital in Glasgow.

Her mum Julia, two-year-old Lydia and four-year-old Lexi were told to avoid all human contact by staying in the house when not in hospital since November.

She said: “It has been unbelievable. We’ve been unable to attend any events. But we’ve just been blown away as a family by the kind gestures made by so many people.

“The next four weeks pose the biggest risk. Lana will be in strict isolation at Yorkhill.”

Julia will spend up to three months with her daughter at the hospital, followed by follow-up appointments two or three times a week for the rest of the year.

If the operation is a success then Lana will be monitored for another two years.

Julia added: “Lana is bright and bubbly. She has been upbeat about it. Like any child of that age, she asks questions, but we have been totally honest with her. I don’t think she understands that it could kill her because she has no real concept of death.

“We have told her that her blood factory is not working and that it needs to be fixed.” 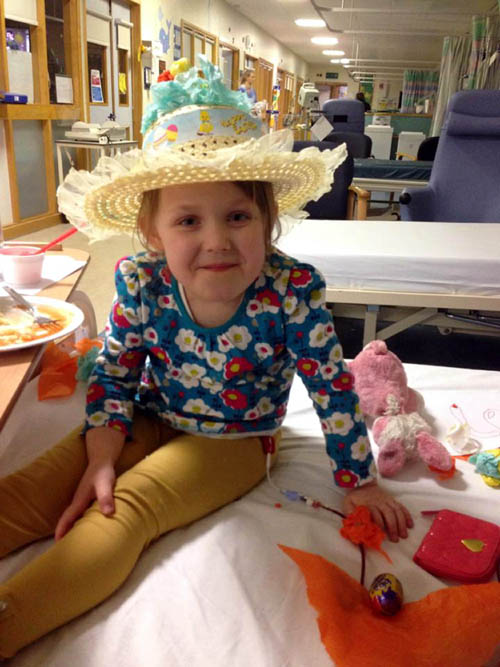 Since her diagnoses, Lana has been attending the Royal Hospital for children in Edinburgh, three times a week in order to undertake essential blood transfusions.

The family have raised £4,000 to help towards the costs of travel to the hospital.

Aplastic anaemia is an extremely rare disease, which affects around 3 in every million Scots.

It is most common in young children and teenagers and causes damage to the bone marrow and blood stem cells.

Around 15% of severe aplastic anaemia cases evolve into leukaemia and other forms of blood-related cancer.