Allan Johnston believes Dunfermline have everything in place to be matching clubs like Ross County on a regular basis in future – and is determined they will not let promotion slip through their fingers this season.

Johnston was yesterday named the League One manager of the month for December, thanks to four consecutive wins last month, including a key victory over title rivals Ayr United that has allowed them to build a nine-point lead at the top of the table. 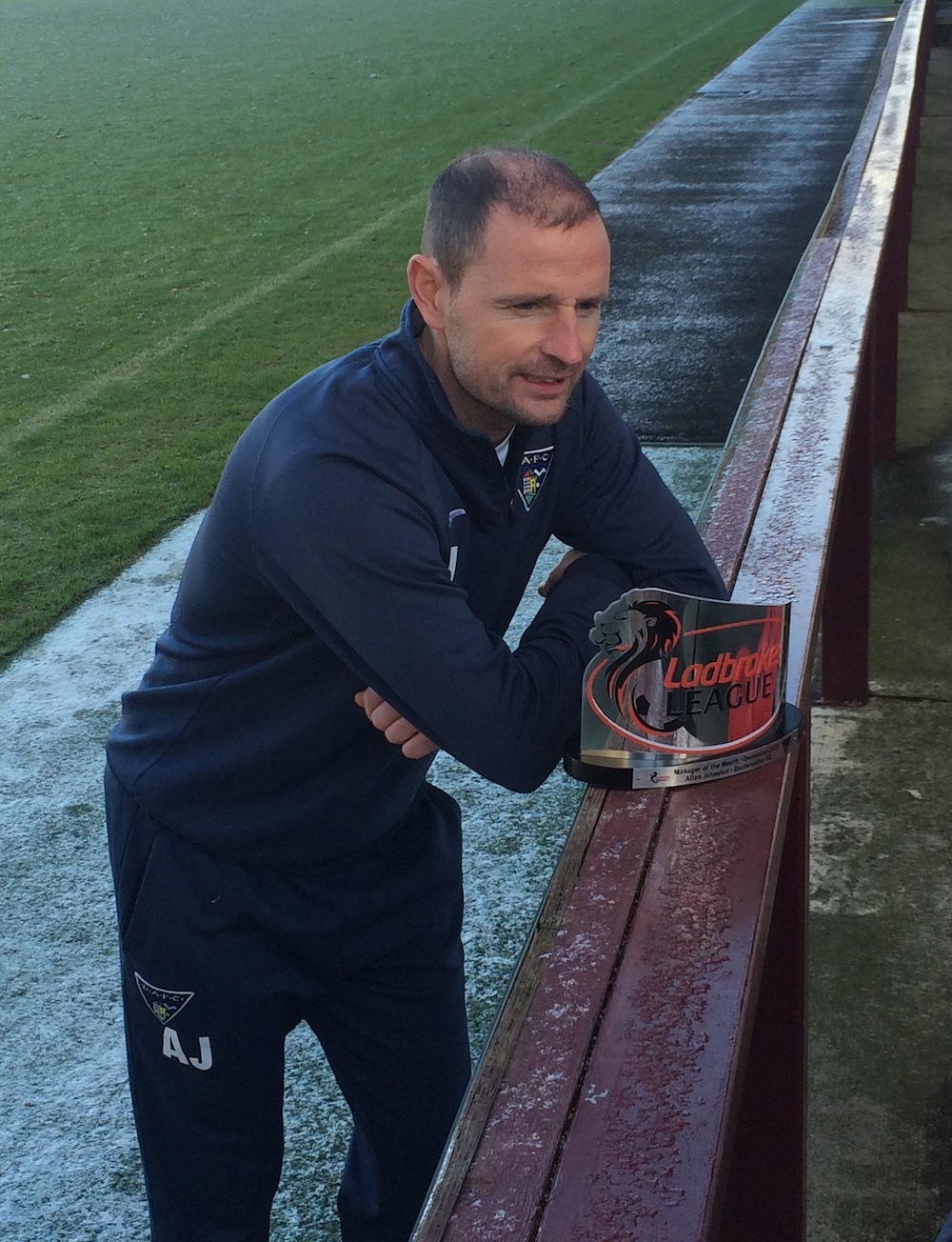 The Pars have continued their impressive form this month, coming close to a Scottish Cup shock against County at the weekend before being edged out in Tuesday’s replay, despite, according to Johnston, looking like the Premiership team.

Ultimately, the Fifers – who defeated Dundee and took Dundee United to extra-time in the League Cup earlier this season – have their sights set on returning to the top-flight they dropped out of as recently as 2012.

And Johnston, who has been able to recruit players with Premiership experience, such as Joe Cardle, Marc McAusland, Mickael Antoine-Curier, Michael Paton and Rhys McCabe, believes the building blocks are already in place to move up the leagues.

He said: “It’s not the first time we’ve done well against a top Premiership team. We’ve played Dundee and Dundee United already, and we’ve been in the game in every tie we’ve had against these teams.

“We got a lot of praise from (Ross County manager) Jim McIntyre and I think the boys deserved it. Even the Ross County players that I have worked with before were speaking to us after the game and praising the boys.

“They said they couldn’t believe the quality we’ve got and the way we passed the ball, because we were the better footballing team as well.

“The boys have done fantastically well, with the consistency they’ve shown, and we’ve just got to make sure we keep it going.

“There’s a long way to go but we’re definitely in a good position.

“This club has got everything – the fan base and the support we’ve got, the size of the club and obviously we can attract good players.

“We’re going in the right direction but we’ve not achieved anything yet. We’ve just got to make sure we don’t let our standards slip.” 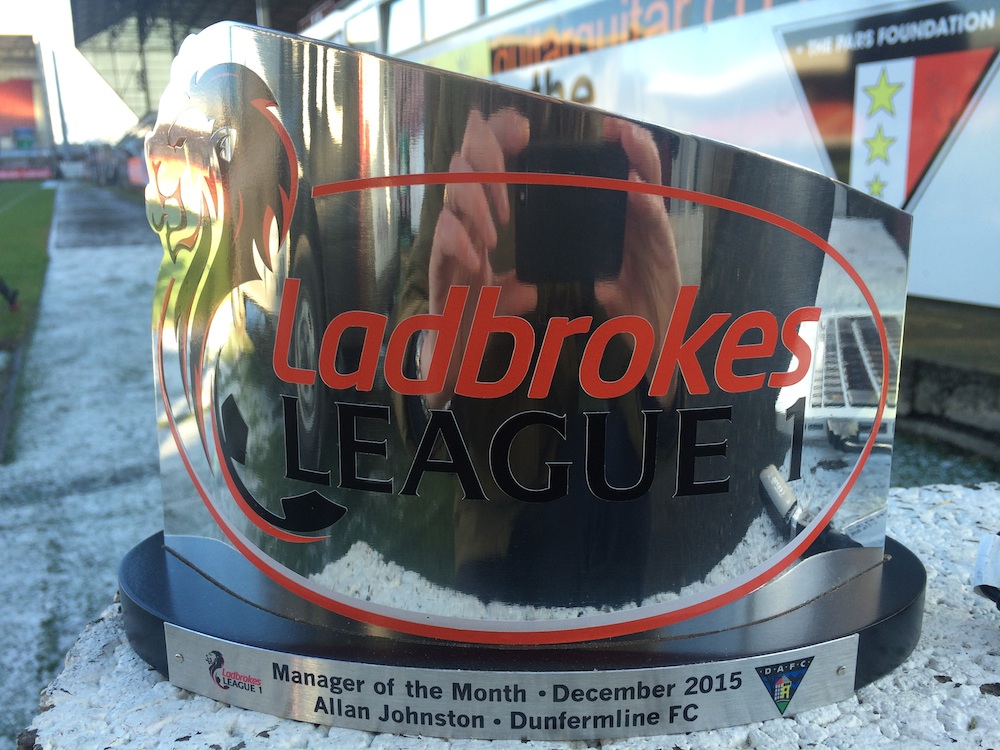 Dunfermline host Albion Rovers tomorrow with Johnston revealing everything possible is being done to ensure the game beats the snow and ice that afflicted East End Park yesterday.

The Pars boss insists that team effort throughout the club is behind him scooping yesterday’s accolade, but he knows the most important trophy is still to be earned.

He added: “It’s always good to get an award as a manager, but you’re really just picking it up on behalf of everyone else.

“It’s for all the hard work that goes on behind the scenes from all the staff. It’s a real team effort and you don’t get awards unless the players have been doing well.

“It’s always nice to get these rewards but, at the end of the day, it’s about winning the league and getting promotion.

“That was the aim at the start of the season and hopefully we can get there.”