Australia head coach Ange Postecoglou insists Tom Rogic can become a mainstay in his side after watching the midfielder flourish at Celtic.

Postecoglou has been delighted with the 23-year-old’s form for the Hoops following a nightmare run with injury.

Rogic missed out on his country’s involvement at the 2014 World Cup and last year’s Asian Cup, and also failed to make a single domestic appearance last term due to a serious groin problem.

The playmaker joined up with the Socceroos for the friendly double header against Tajikistan and Jordan after hitting a stunning last-gasp winner at Kilmarnock on Saturday. 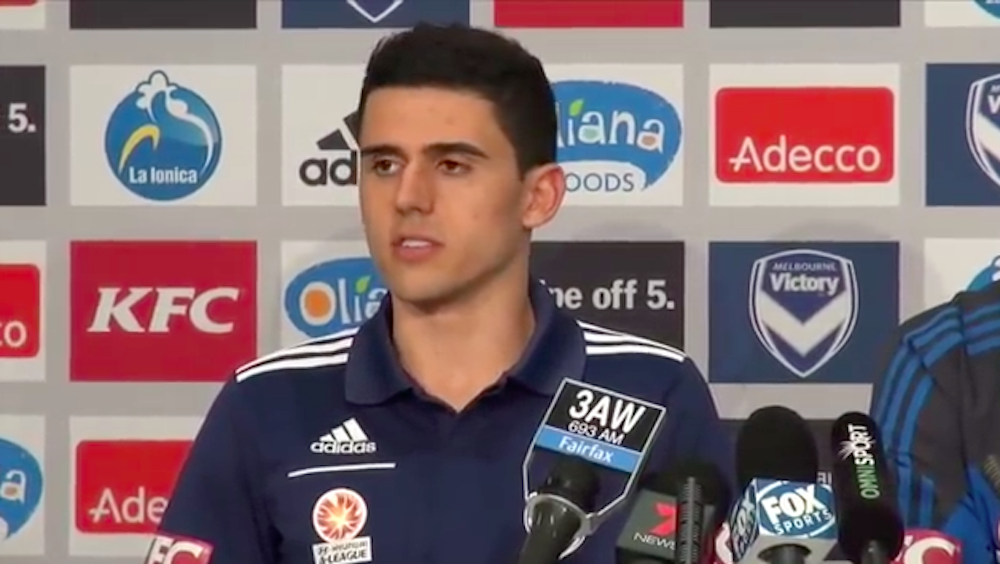 Rogic has now scored eight goals in 31 appearances for Celtic this season and Postecoglou is delighted that the former Centra Coast Mariners player is now realising his potential.

Speaking to the Sydney Morning Herald, Postecoglou, whose side host Tajikistan this morning said: “Tom has been a massive bonus for us.

”He’s had a really strong season at Celtic, he has scored a cracker at the weekend, there is no doubt Tommy is someone who I think can really add to the group.

“Having him as well, when you talk about depth, that is what I’m talking about.

“When I’m facing two games in a window, I have got three or four guys and can literally pick any one of them knowing that we’re going to have a really strong team out there.

“With someone like Tommy coming back, and even (Robbie Kruse) Krusey coming back, when you look at Krusey and Lecks (Mathew Leckie) and Nathan (Burns) now, they’ll bring some real depth where I’m confident of tackling two games with two very strong line-ups regardless of which way I go.

“I guess that is the point we want to get to all over the park.”