ROBBIE Neilson insists he expects Juwon Oshaniwa to stay at Hearts and fight for his starting place after the defender revealed he could leave for Turkey.

The Nigerian has reported that Turkish Super Lig teams Antalyaspor and Kayserispor are both weighing up moves for him, something he said was ‘flattering’.

The 25-year-old arrived at Tynecastle last summer to much fanfare, having played for his country in the 2014 World Cup. 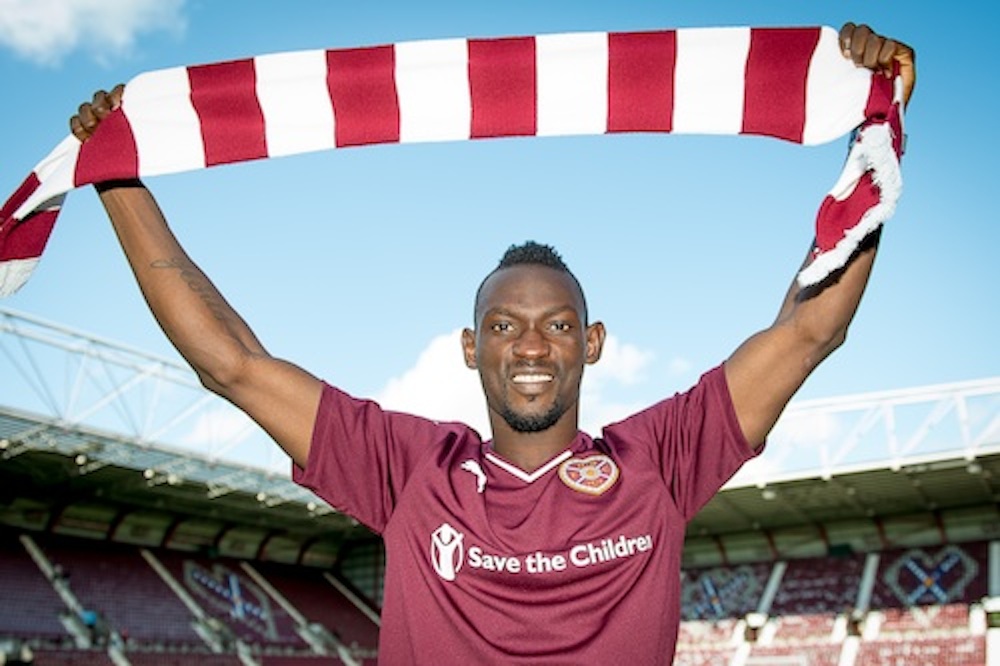 However, he suffered a difficult first season in Scotland and was red-carded twice in making just 24 starts.

Neilson, who at times has preferred central defenders Igor Rossi and Jordan McGhee to Oshaniwa, responded this summer by snapping up Morocco under-23 left-back Faycal Rherras.

However, the Jambos head coach is adamant he wants Oshaniwa to stay and compete with Rherras for the starting berth this season.

“There’s talk about a lot of players; people are interested, we’re interested – it’s that time of the season,” said Neilson when asked about a possible move to Turkey for Oshaniwa.

“But I’m trying to build a squad here and I need cover at left-back.

“So, the two of them will compete for the left-back position and whoever’s playing well enough will get it.

“I’ve not got any plans to let him leave, not at all. I’m putting together a squad, so I can’t really afford to let too many go out.”

Winger Dario Zanatta is another player Neilson is in no hurry to lose from his squad – for just now.

The 19-year-old Canadian made 14 appearances last season after joining the club on a two-year deal last summer but has been linked with a possible loan move to Dundee United.

Neilson added: “Dario’s been doing well, he’s round about the first-team squad. It’s maybe something we’ll look at later on in the window.

“But, at the moment, we’ve got a lot of games, we’ve got the Europa League games and friendlies as well, so he’ll stay with us.”