Hoops supporter McElwee’s agenda will be entirely different on Wednesday evening, however, when he will be part of the Imps’ dugout team attempting to mastermind one of European football’s greatest upsets. 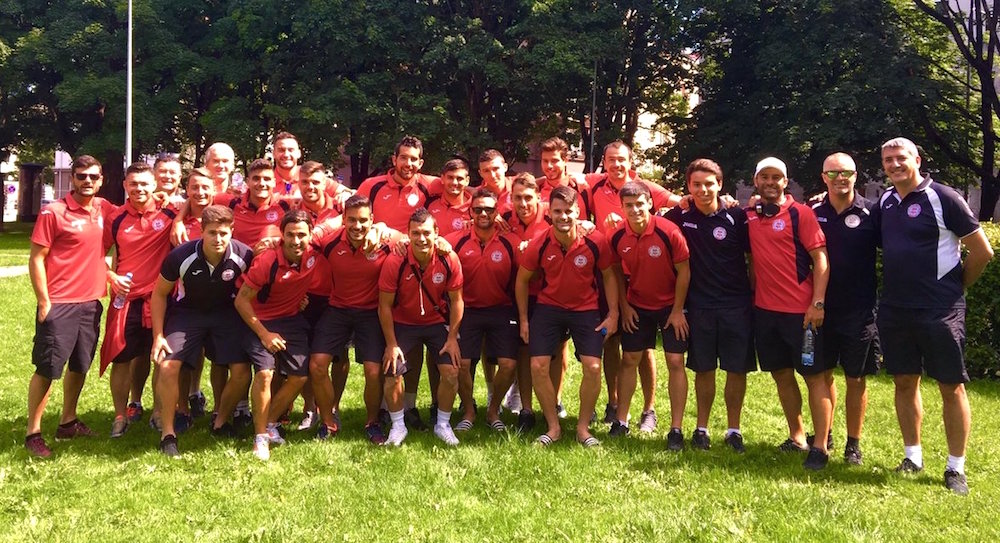 McElwee, who guided Lincoln to ten league titles before stepping back two years ago, admits he will have a good idea of what to expect at Parkhead.

He said: “I’m a life-long Celtic fan and the last game I was at at Celtic Park was an Old Firm derby in the league against Rangers back in 2011.

“Joe Ledley scored the winning goal with a header from a corner.

“I’m suspecting that there might be a few more in the stadium on Wednesday than otherwise there might have been if the result had gone to plan in Gibraltar.

“The crowd will be a factor, that’s for sure – they will be geeing them up.

“They have the team and the squad and if Leigh Griffiths turns up and they play to form, they’d expect to get through. It’s natural that would be their view point on it.

“It’s going to be tremendously difficult for us but we’ve put ourselves in an interesting position.”

He added: “Our profile has gone global, especially with Julio (Cesar Ribas), our manager, being Uruguayan.

“There was nothing else going on in football last week really so, for us to do it at a time when the footballing world was quiet, it made a bigger splash.

“It’s all about timing and we were a bit lucky with that in a sense.”