Falkirk defender Aaron Muirhead insists the Championship is more competitive than ever.

The Bairns finished second last season behind league winners Rangers but an indifferent start to this campaign has left Peter Houston’s side nine points off the top ahead of today’s clash at leaders Hibs.

Last weekend’s draw with Morton extended Falkirk’s winless run to three games and the Westfield outfit are five points worse off than they were after 12 matches last season. 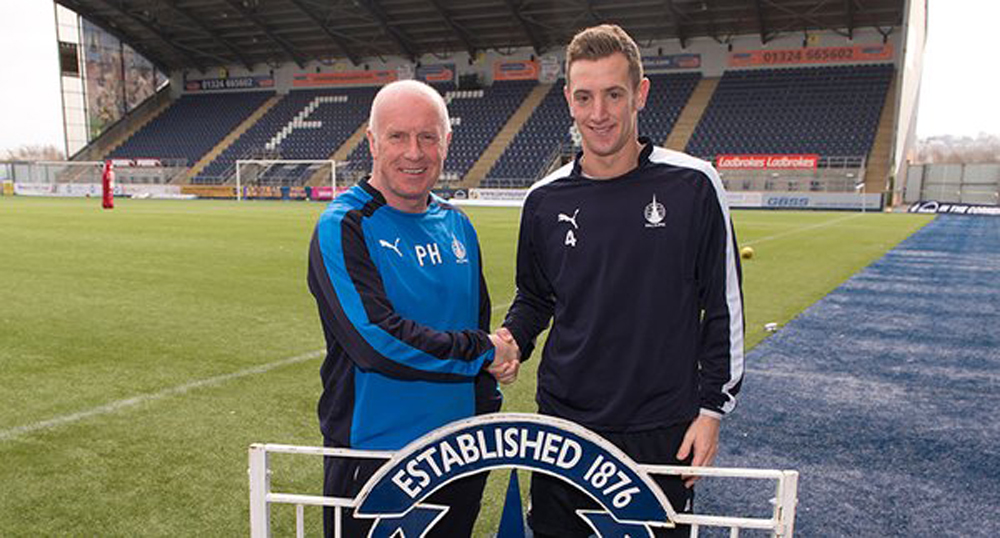 Even without Rangers to contend with this term, wingback Muirhead insists the competition among the ten sides is fierce.

He said: “We spoke about it after the game at the weekend that there is not a game you’d go into thinking, ‘three points this week’.

“They are all tough games and the likes of Dumbarton have a good squad. It’s an attractive league to play your football in and if you can get out of it, it will be a bonus.

“Rangers’ budget was far superior when they were here and everyone expected them to runaway with the league.

“A lot of people expected Hibs to runaway with second as well but we put a dent in that by finishing second.

“It gives us a lift knowing we can do that by splitting Rangers and Hibs last season.

“You’ve got teams like Hibs and Dundee Untied that have bigger budgets than ourselves and then there is Dunfermline that are maybe not doing as well but I’m sure it will turn.”

Despite being off the pace, former Patrick Thistle defender Muirhead is confident the Bairns can make up ground at the summit.

He added: “A few weeks ago the gap was only one point. I know it’s a cliche but if you start worrying about what other people are doing then you lose focus from your own game.

“It was unfortunate to drop two points against Morton last week but we’ll go to Easter Road with a plan.”