SCOTLAND’S ‘festering problem’ in the scrum will be targeted by Wales this weekend and will not have gone unnoticed by referee John Lacey, according to former Italy head coach Nick Mallett.

Mallett, who was in charge of the Azzurri from 2007 to 2011, believes the set-piece could be the deciding factor between the nations in Saturday’s Six Nations encounter at BT Murrayfield.

Without first-choice props WP Nel and Alasdair Dickinson, the Scots struggled against Ireland and were taken apart by France at scrum time in the 22-16 defeat in Paris almost a fortnight ago.

Head coach Vern Cotter has responded by drafting in Gordon Reid in place of Allan Dell in the front row, but Mallett fears for Scotland unless they can solve the issue.

The England-born former South Africa cap said: “There is a lot to admire about this Scottish side, their phase play and counter attacks for starters.

“But they have a glaring weakness in the scrum. The French demolished it two weeks ago, contributing to the nine penalties Scotland have conceded to opposition scrums in the Championship thus far.

“Scotland were brutally exposed and Wales will now seek to hone in on this festering problem and hope they can get the same rewards as France did in the last round.

“The referee will have also watched Scotland’s first two games and be aware of how many penalties they are likely to concede here.

“This game will come down to the scrum and if Wales can dominate, the Dragons will claim a narrow victory.”

With a win and loss each, Mallett believes the nations will experience contrasting fortunes depending on the result, with the successful side confident they can win the tournament and the others cursing a year of failure.

He told RBS 6 Nations: “There is so much on this game; the winner will believe they can go on to claim this year’s Championship, while the loser will have to slouch away to contemplate another disappointing campaign.” 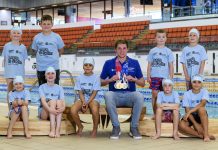