DUNFERMLINE attacker Kallum Higginbotham hopes a good deed does not come back to haunt him – after returning a lucky charm to pal Farid El Alagui.

The pair have been friends since their time together at Falkirk and were reunited at Dunfermline earlier in the season.

But, when El Alagui left in January and signed for Ayr United, the striker left behind his lucky coin. 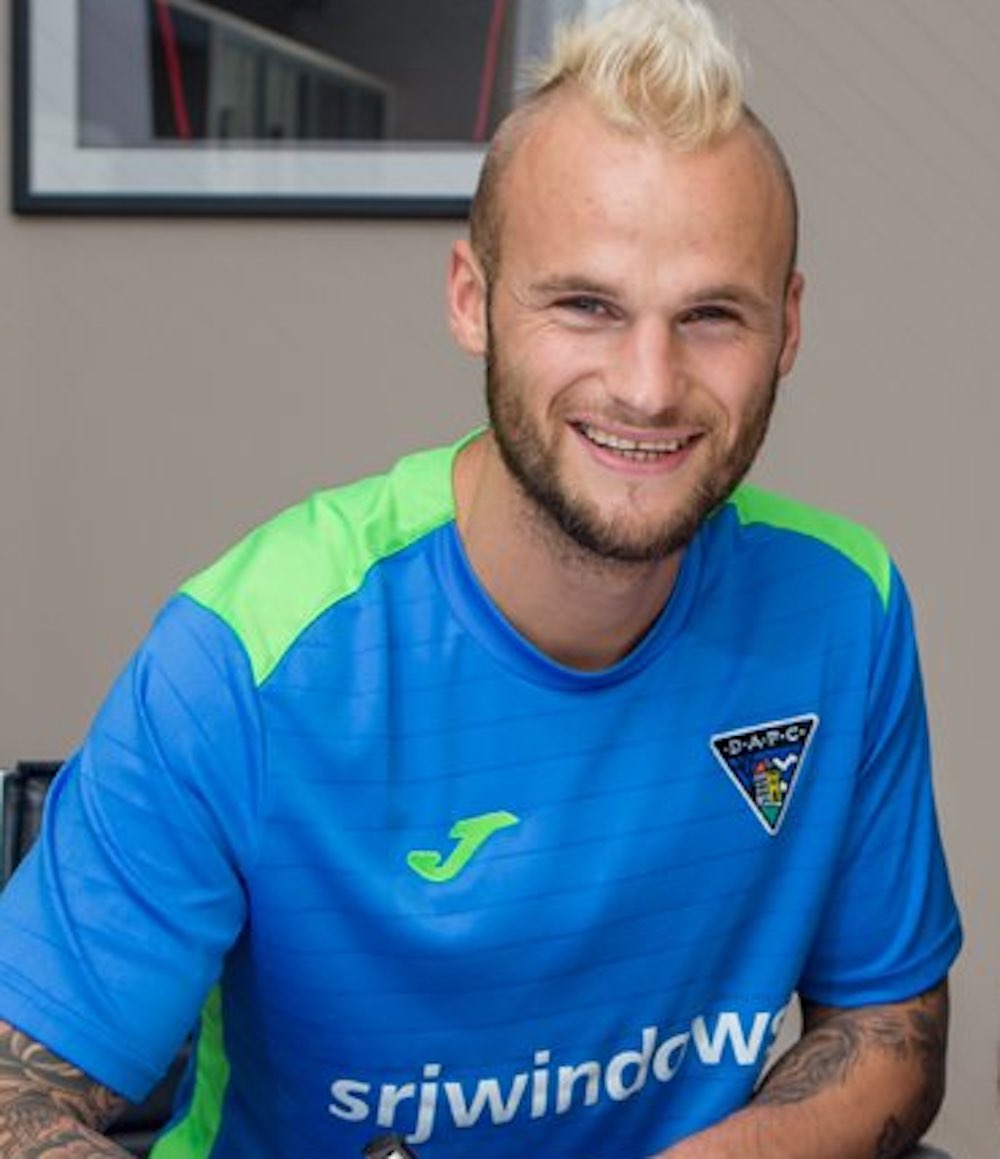 The talisman has been with the French-Moroccan since he found it the day of his successful trial match with Falkirk in 2011 and he has gone through the ritual of kissing it after every goal he has scored.

The former Brentford and Hibs marksman was desperate to get it back after leaving the Pars.

And, after passing it on recently, Higginbotham is hoping El Alagui’s luck is out when he returns to East End Park with the Honest Men on Saturday afternoon.

He said: “I’ve always kept in touch with Farid, ever since my time at Falkirk with him. Even when he was playing down south, I kept in touch; we’re close friends.

“But there will be no friends on Saturday come three o’clock and hopefully he’s on the losing side.

“After he left, I had to pick his lucky coin up for him from our physio, Kenny Murray.

“He had it for a few weeks after he had left.

“I dropped it back off to Farid – but I should have kept it for a few weeks!

“He’s a great guy, someone who just wants to be playing football, especially at the age he’s at, and I wish him all the best.

“But on Saturday I hope he gets beat.”

Ayr travel to Fife just a point above bottom side St Mirren as they go into their last nine matches battling for Championship survival.

But Higginbotham is desperate for Dunfermline to add to their visitors’ worries – and ease their own – with a Pars victory.

He added: “It’s quite tight at the bottom. We’ve got a seven-point gap over Ayr at the minute. If we go and get the win then that gives us a big cushion.

“St Mirren are picking up a head of steam at the minute and I think they’ll catch the teams above them.

“So the more wins we get the more chance it gives us of not being involved down the bottom.

“Over the last few weeks we’ve been playing really well and hopefully we can go and express that against Ayr.

“No disrespect to Ayr but, coming to our own pitch, we should be looking to beat teams like that down at the bottom.”