The 27-year-old was knocked unconscious for several minutes earlier this week following an accidental collision with a Binos teammate.

He was immediately rushed to hospital, where he was also diagnosed with a broken eye socket. Stirling chairman Stuart Brown described the scenes as “serious and scary”. Boss Dave Mackay said the event was “horrific”.

And Little took to Twitter to address the incident for the first time – and admits he is simply grateful the injury did not prove life-threatening.

He said: “Very grateful to so many different people that I’m here right now. Scary stuff. Thanks for messages. Too many to read or reply to for now.”

Little, meanwhile, illustrated the shocking severity of his injuries by posting a picture of himself prone in his hospital bed on Instagram.

The image showed the Northern Ireland internationalist wearing a neck brace, with serious swelling and bruising around his right eye.

Little joined the Binos in February following a frustrating two-and-a-half-years at English Championship side Preston, which included loan stints at Blackpool and Accrington Stanley. He has made five substitute appearances for Mackay’s side.

The marksman came through the Rangers youth academy and made 48 league starts for the club between 2008 and 2014. 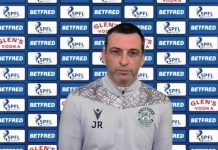 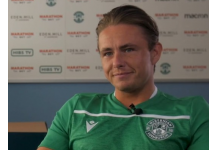