ALEX SMITH insists Derek McInnes’ decision to knock back Sunderland is a ‘great compliment’ to Aberdeen and proves there’s more to management than cold hard cash.

Once the Black Cats were given permission to speak with the Dons boss, most expected the 45-year-old to leave for a club just relegated from the Premier League.

However, the former St Johnstone manager has instead committed his future to Aberdeen, insisting there remains ‘much still to be done’ at Pittodrie. 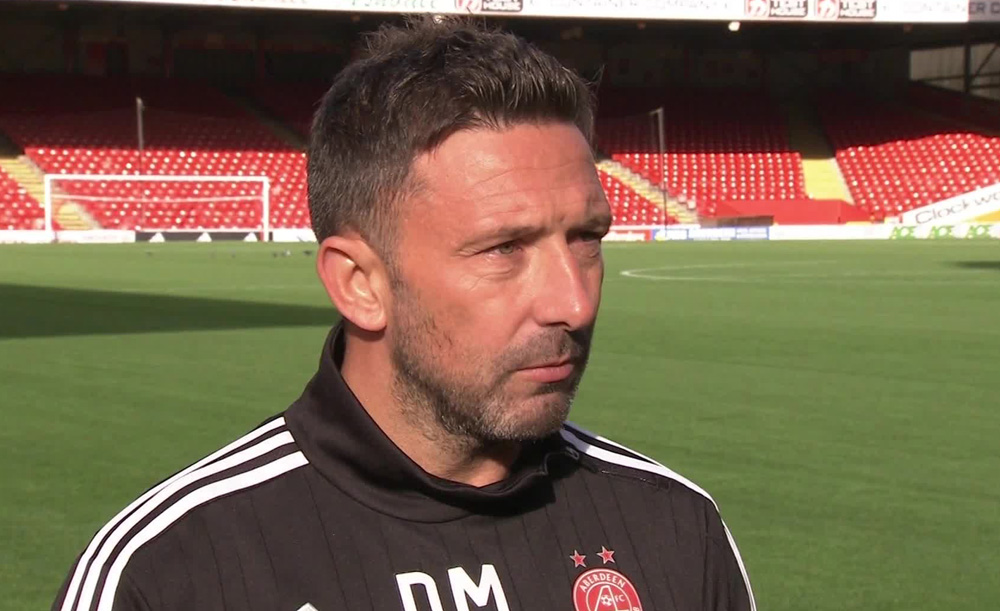 Smith, who won the cup double in 1990 during his four-season spell in charge at Aberdeen, reckons it is proof the grass is not always greener away from Scottish football.

He said: “I think the fact he has decided to stay is a great compliment to Aberdeen Football Club.

“They’re a good club to manage, a comfortable club to work for, you know where you are and you have a chance of doing something there.

“You know you’re not going to lose your position if you lose four or five games, as is sometimes the problem in England nowadays – these clubs have a high turnover of managers more and more these days.

“The security is important – there’s a wee bit more to managing a club than just what you earn.

“Something has obviously affected his decision, something he’s maybe not been comfortable with or happy with.

“These things happen, but at Aberdeen he’ll have complete control of all team matters, which is massive.

“He’ll be delighted he’s given himself the chance to complete his unfinished business.”

With Rangers strengthening under Pedro Caixinha, Hearts overhauling their squad with Ian Cathro in charge and Hibs back in the top-flight under Neil Lennon, Aberdeen’s position as the second force in Scottish football could be under threat next term.

However, Smith believes McInnes will see the increased competition as a positive as he bids to improve on last season’s second place in the league and two runners-up spots in the cups.

The experienced 77-year-old added: “It’s a time for Aberdeen to freshen up the team, so he’s got that challenge ahead of him, although he’ll have all his homework done on that already.

“And next year you’re going to have Rangers offering a challenge and Hearts, and Hibs in the league, so it’s going to be more competitive.

“That doesn’t mean it’s going to be harder. It might ease the burden of having to chase one club all the time.

“There’s more competition for everybody and Celtic may find it harder to go through the season without losing.

“He’ll be happy now that he’s made his decision and he can get on with it with the confidence and comfort of knowing that the people want him at Aberdeen.”