HIBS remain hopeful of snapping up Anthony Stokes – but Simon Murray aims to prove he will not be the man to make way for the former Celtic striker.

Easter Road boss Neil Lennon has been patient in his pursuit of his fellow Irishman and hopes to make contact again before a planned board meeting on Monday.

If the capital outfit can convince the 29-year-old to sign for a third spell at the club it would provide a massive boost ahead of Saturday’s Premiership return against Partick Thistle. 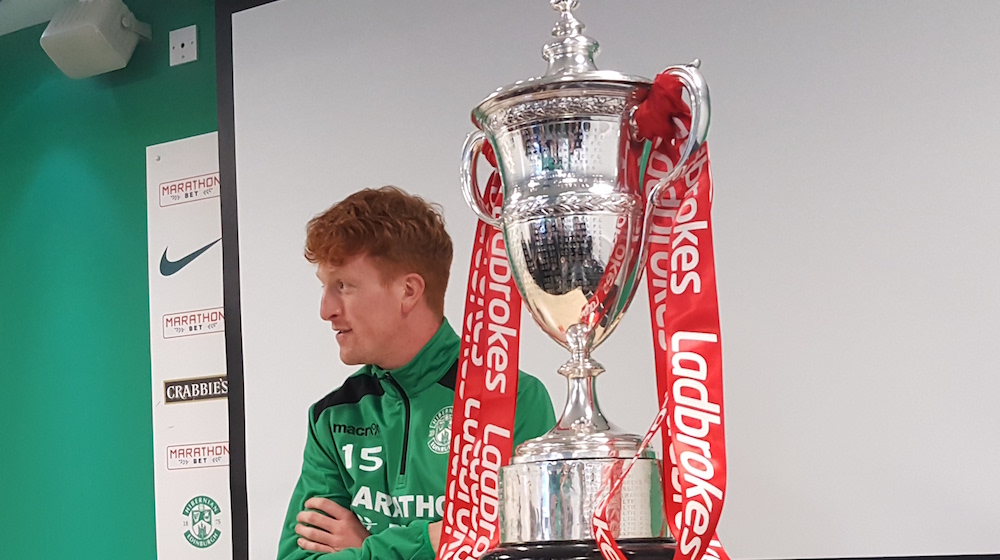 But after his double in Saturday’s 3-0 win over Alloa Athletic took his tally to seven from four competitive outings, Murray insists he can still hang on to his jersey.

The summer recruit from Dundee United had his doubters in the Hibs support but, with Lithuania striker Deivydas Matulevicius providing further competition, has set about winning them round in impressive fashion.

The 25-year-old said: “The fans are seeing me coming from United and you’ve got to prove yourself to everyone.

“But you’ve got to do it for yourself.

“I’m just glad I’ve got the goals and hopefully that the fans are happy.

“I see it as that [Stokes signing] would improve me as a player. The stronger the squad, the stronger you are.

“I always see myself as a different striker to him, different to ‘Davie’ [Matulevicius].

“If I’m scoring goals, he [Lennon] is going to have to play me.

“It’s nearly two goals every game, so it’s not too bad.

“I’m delighted. I was obviously aiming to get off the mark and, as a striker, a goal a game would be an unbelievable tally to have, if you could get that through the season.

Teenager Fraser Murray got the breakthrough in the 15th minute and Simon Murray twice finished off Martin Boyle assists after the break.

He added: “You’ve got to beat the teams you’re playing. Other teams in the Premiership, no naming them, are obviously struggling.

“You have to be professional and go about it in the right way. They’re all tough games and we’re just glad we’ve done it the right way.”