There’s no denying that Scotland’s economy is booming at the moment, and it is fast emerging as an international tech and business hub. So much so, that Scotland has now become the top destination for foreign investment in the UK outside of London. Furthermore, it has a number of benefits that make it increasingly more appealing to investors than the southeast of England. Some cities in Scotland could even overtake London in business investment in the near future. Let’s learn a few of the secrets behind Scotland’s business boom.

One of the factors that make Scotland more appealing to businesses looking to expand in the UK is its lower operating costs. London real estate is among the most expensive in the world. Wages are correspondingly high. Scotland offers cheaper real estate and talent. A side benefit of Scottish politics is that it is a small, stable and open economy. It may trade most heavily with the UK, but it has strong connections with other European economies. Scotland accounts for about five percent of the UK’s export revenue.

Take lower operating costs into account, and moving to Scotland or expanding in the area is a sound business decision if you want to protect your profit margin. This is why financial services firms are leaving London for Edinburgh. This has made Edinburgh the fifth most important financial centre in Europe, while a third of all British investment trusts are managed by firms in Edinburgh, Glasgow or Dundee.

Scotland doesn’t just offer a three million strong English-speaking labour force; it is a highly skilled workforce as well. Overseas workers may be cheaper per head, but they are less productive as well. Scotland offers a productive, well-educated workforce cheaper than those in Southeast England but with the same skill sets. Moreover, this talent isn’t limited to skilled manufacturing labour. This explains why gross domestic product per capita is higher than the rest of the UK with the exception of London.

Scotland has a number of world-class universities, not to mention that more students today can access top level programmes online from top class universities from the comfort of their home. Well-regarded institutions like Aston University allow more Scottish students to access online business courses so that they can take their education to the next level. Aston University’s Business and Management programme is so good that it attracts many foreign students to the campus, while a far greater number enrol in the online programme. This means that you can hire local, quality talent to fill any role in your organisation. This helps explain why Scotland saw the highest number of research and development projects in the UK as the greatest number of headquarters projects.

The large, educated workforce has led to many knowledge-based sectors to move here. The IT industry employed more than forty thousand people in Scotland in 2018, and it produces around seven percent of all personal computers. Traditional mainstays of the economy like shipyards and Scotch whisky production are going strong. This is why manufacturing projects rose by a quarter in 2018 while digital projects increased by over fifty percent. In fact, the Scottish workforce is so valuable that the area has become a prime target for continued investments from China.

Scotland is ideal for firms that want to serve British customers but don’t want to fight for skilled labour and office space in London. About sixty percent of Scottish exports go to the rest of the UK, excluding oil and gas. Manufacturing and construction contribute more than a quarter of Scotland’s GDP, with most of it shipped outside of Scotland.

Another reason Scotland’s economy is booming is that it is ideally situated to profit from North Sea oil and gas exploration. Starting in the late eighties, the Scottish energy sector has boomed. Oil and gas alone provide around a hundred thousand jobs. However, that’s not the entirety of the Scottish energy sector. Scotland has a mix of oil, coal, gas, hydroelectric, wind and nuclear energy. It is normally a net exporter of energy – forty percent of which comes from renewable sources. Businesses in Scotland can often claim they’re using renewable power. In addition, Scotland is a world-leader in tidal and wave energy. They’re building a number of deep-sea offshore wind farms.

Scottish industry has modernised and diversified, reducing its reliance on heavy industry and fuelling the growth of high-tech industries. Scotland is notable for the number of chemical products, software and opto-electronics being made there. Furthermore, the Scottish government is actively supporting these firms.

A number of firms are choosing to move to the Central Lowlands of Scotland because the area has a new business continuity centre to provide backup business locations. They could have a secondary call centre or administrative office running in hours. There are tier III data centres in the region. It has excellent transportation infrastructure, and it is well connected to the rest of the country. The shipping ports carry many Scottish exports to the United States and the European Union. About twenty percent of Scottish exports worth fifteen billion pounds are shipped to the E.U., while another eighteen billion pounds worth of products are sent to the rest of the world. Engineering firms in particular export most of their output.

Another point in favour of Scotland is how business-friendly it is in general. Edinburgh was rated the second most entrepreneurial city in the UK, surpassed only by London. More than three hundred thousand private enterprises operate in Scotland today, and 99 percent are small or mid-sized businesses. The largest business sectors include resources and energy, financial and business services, manufacturing, agriculture, fishing, forestry, and tourism. The diverse business environment creates a rather stable local economy, and it provides nearly every service a business could require. For example, many British insurance companies have moved their headquarters to Edinburgh. The Royal Bank of Scotland is the second largest bank in the E.U. and fifth largest in the world.

Scotland has become a top destination for foreign direct investment because it has all the benefits of Southeast England without the costs. Those along with the area’s unique advantages have allowed it to boom. 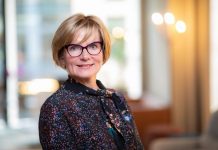