Hibs goalkeeper Kevin Dabrowski admits being applauded by Hearts supporters is a feat that will inspire him as he bids to make the breakthrough at Easter Road.

The 21-year-old, who is on loan at Cowdenbeath, produced an outstanding performance in Tuesday’s 2-0 Betfred Cup defeat, ensuring the Blue Brazil were not embarrassed by their Gorgie counterparts.

So impressive was Dabrowski’s display that Hearts fans paid tribute to the Pole when it was announced over the tannoy that he had been named man of the match. 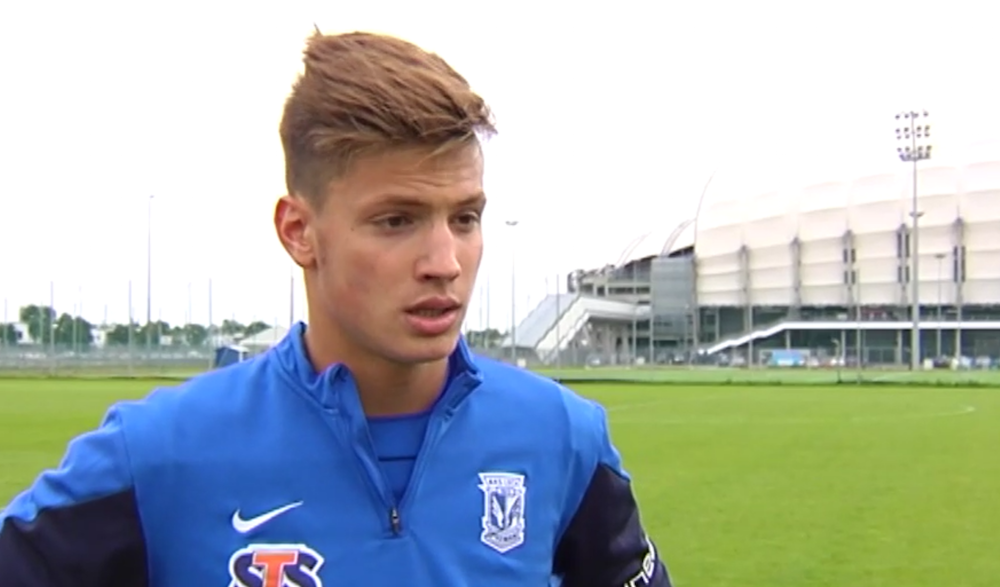 Dabrowski has also spent time on loan at Berwick Rangers and Civil Service Strollers but the shot-stopper reckons he will look back on Tuesday’s game as the one that launched his career.

He said: “I enjoyed the night even though I was busy.

“This is why I play football, for games like that.

“I heard the Hearts fans giving me applause when I was named man of the match, which was nice.

“I would never expect them to clap a Hibs player. It made me so happy to hear that.

“It has given me more motivation to be an even better player.

“I am feeling so confident right now and this game did that.

“I think I have already grown up as a person and I have only been here for two weeks.”

Dabrowski, who moved to Hibs from Lech Poznan in July 2017, is yet to make his debut for the Leith outfit but hopes a temporary stint with Cowdenbeath can force him into head coach Paul Heckingbottom’s plans.

“The gaffer at Hibs wants me to get more experience.

“If I only played for the under-20s it won’t give me the experience I need to play for Hibs.

“I thought this was the perfect move for me to show that I can be ready to be the Hibs number one in the future.

“I am confident I can play for Hibs but I know I have to keep my head down and work hard.”