New Hearts midfielder Glenn Whelan admits he is desperate to inspire success at the club after insisting he has not moved to Scotland for a ‘jolly’.

The 86-times capped Republic of Ireland international signed a one-year deal with the Gorgie side on Wednesday after taking time to consider leaving his family behind south of the border.

Despite being in the twilight of his career at the age of 35, Whelan, who made 38 appearances in helping Aston Villa achieve promotion to the English top-flight last season, insists his ferocious winning appetite is as strong as ever. 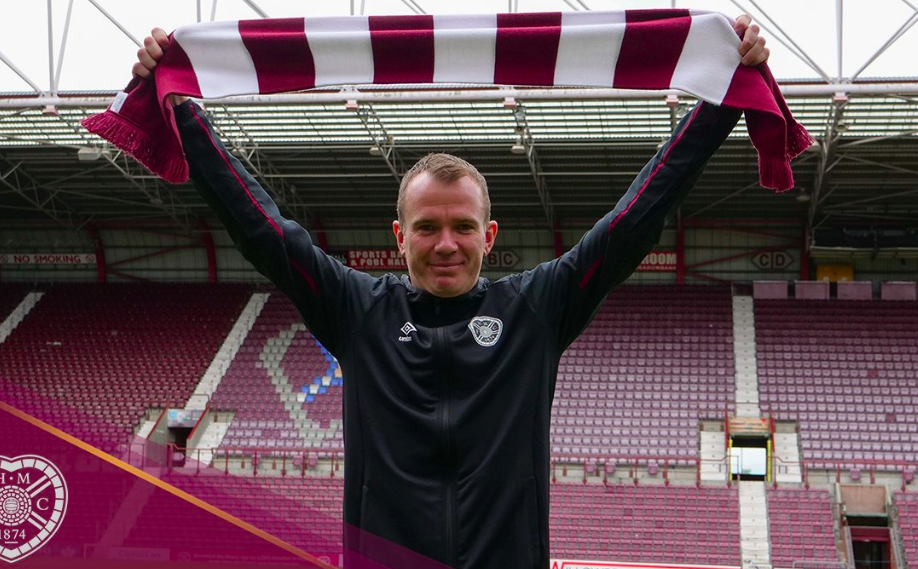 Whelan had options abroad but admits his desire to bring glory to Craig Levein’s side married with his determination to remain part of the Ireland squad were key factors in moving to Scotland.

Whelan, who has also achieved promotions during his time at Stoke City – going on to make close to 300 appearances in the English Premier League – and Sheffield Wednesday, said: “Once I knew Hearts were involved it was something I had to really think about with the stage I’m at in my career and the wife and kids back home, so I had to take everything into account.

“The manager has been great and gave me a lot of time to think about things, he has been crucial to getting me up here, shown a lot of ambition of where he wants the club to go.

“I’ve been successful through my career and I want to achieve something here.

“The manager spoke about getting into Europe and pushing on as high as we can.

“I’m not just up here to enjoy myself, I’m here to achieve something and I’m looking to do that with Hearts, a massive club in Scotland in the Premiership and hopefully we’ll have a decent season.

“They were unfortunate last year to lose in the Scottish Cup final but why can’t we go on a run like that again and be winners?

“Everywhere I’ve gone I’ve always been successful and achieved what I wanted to and I’m not just up here for a jolly or a holiday, I’m here to improve players and win games.

“It was great getting promoted to the Premier League with Aston Villa but for me that’s gone now.

“I can look back on it when I’m old and wrinkly and I’m here to do as well as I can.”

Whelan, who insists he is ready for tomorrow’s Betfred Cup clash at Motherwell if called upon, admits he sounded out Hearts striker Steven MacLean about the club having played with him at Hillsborough.

Speaking to Hearts TV, he added: “I came up and trained last week and was really impressed.

“There are a couple of players I’ve played with. I’m actually good friends with Steven MacLean from from my Sheffield Wednesday days.

“I’ve spoken to him and text but when you come up it’s about training with the lads.

“For me first and foremost it was about the family and once that was sorted it was getting the boots on.”

Whelan played 90 minutes for Ireland in June’s Euro 2020 qualifying draw with Denmark and is keen to keep himself involved in Mick McCarthy’s plans.

He added: “I’m back involved with Ireland and we’ve done really well of late, the manager (McCarthy) has been on to me about getting in somewhere end getting game time and that was a massive part of trying to play as high as I can.

“I had some offers from foreign teams that look more luxurious on paper but for me it was about trying to play as high as I can and I want to be involved with the Ireland team.”