Hibernian and Hearts have rounded on the SPFL for cutting their Betfred Cup semi-final allocations by a total of 12,000 tickets.

Both Edinburgh clubs had each been given an initial 17,000 briefs for their respective Hampden ties.

However, Hibs, who face holders Celtic next Saturday, have been forced to hand back 7,000, while Hearts, who lock horns with Rangers a day later, are now 5,000 tickets worse off. 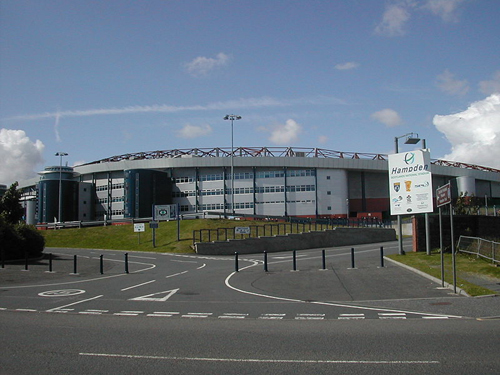 Both teams are particularly disappointed that the league’s governing body had pared their seating arrangements in the least expensive part of the ground instead of the South (Main) stand, where there are no concession prices available.

The clubs both released statements yesterday afternoon expressing their disappointment.

Hibs described the move as a ‘unilateral decision’ by the SPFL and Easter Road chief executive Leeann Dempster said: “Whilst the club accepts the need to ensure the best possible attendance at showpiece games, it is our view that it would have been reasonable and practicable for the SPFL to accede to our request to retain a higher number of less expensive tickets. “The response has been disappointing and frustrating.

“It’s my view that segregation would not have been an issue for the area we requested, and as it is the decision taken means the vast majority of Hibs fans now wishing to go to the game will have to pay the higher price ticket regardless of their age or status.”

A Hearts spokesperson said: “Following on from Hibernian FC’s statement of earlier today in connection with the allocation of tickets for the Betfred Cup Semi-Finals, we can confirm that we, too, have had our ticket allocation reduced.

“We have been in regular dialogue with the SPFL over the last two weeks to try to prevent any reduction being imposed prematurely.

“While we have had some success in postponing their decision and limiting the reduction in our allocation, we share the frustration expressed by Hibernian.

“The reason for re-assessing the initial allocation is that the SPFL Board, which represents all clubs in the SPFL, previously agreed that clubs would work cooperatively with regard to ticket allocation in order to fulfil the objective of maximising attendance at all semi-final and final games held at Hampden.

“While we accept this principle, we do not accept that the timing of their intervention, in this case, has been reasonable.

“The current situation, therefore, regarding availability of tickets for our upcoming semi-final against Rangers is that we have approximately 1,000 tickets remaining for seats in the East Stand, priced at £25 per adult, £10 per concession.

“We also have approximately 2,500 tickets available at £30 in the South Stand, where no concession pricing is available.

“We would, therefore, encourage anyone requiring concession tickets to purchase them as soon as possible to ensure availability of concession pricing.

“With these tickets still available, we remain confident that all Hearts supporters who wish to attend the semi-final should be able to do so.”