Alexis Kennedy, known for his out-of-the-box approach to video game design, has been finding ways to reinvent the narrative in the video gaming industry for a decade.

Kennedy’s latest project, co-founded with Lottie Bevan, is Weather Factory, an indie game development studio that focuses precisely on experimenting with narrative – a mission that Weather Factory has achieved impressively in its celebrated Cultist Simulator.

As designer, writer, and entrepreneur, Kennedy brings his experience as founder of Failbetter Games, through which he created Fallen London and Sunless Sea, two products that garnered both critical praise and commercial success, and which have become influential icons in the video gaming industry.

Kennedy created Failbetter as a small startup in his apartment, named the company after a quote from Samuel Becket:  “Try again. Fail Again. Fail better”  and developed it into to a thriving production studio.

In 2016, he made the decision to move on, in order to satisfy his desire to create more cutting-edge, experimental work. Kennedy has also provided writing services for such major players as BioWare, Paradox, and Telltale, prior to founding the new Weather Factory and launching its first major project, Cultist Simulator.

Seeking to expand the narrative in not only content, but also in the form and approach that a game narrative can take, Kennedy aspires to nurture a specialized niche in the gaming industry by playing to audience intelligence.

He believes that, while big names focus on making big sales by keeping games simplistic and appealing to massive audiences, there exists a community of players thirsting for more sophisticated and complex challenges.

“There will always be plenty of games that spoon-feed players,” he notes in a recent interview.  “Big AAA games have to spoon-feed players, because they need to appeal to everyone. As an indie, you need an audience of thousands, not millions. If you trust your players to pay attention, it can help you find a niche.”

And Kennedy does indeed trust his audience to not only pay attention, but to apply and evolve their own intelligence and instincts through gaming.

He said: “I think there’s room for more games to respect the intelligence of the audience.  A lot of early players of Fallen London and Sunless Sea were worried that the narrative or mechanics were too complex, or the background wasn’t clearly explained.

“They told me that they understood it, of course, but they were worried that other people wouldn’t. But I kept the complexities and the half-hinted backstories, because I reckoned that there’s an audience out there that enjoys mystery and intricacy. And there is.”

Weather Factory’s Cultist Simulator was launched precisely as this type of next-level product.

Kennedy said: “I wanted to create an experience that felt like learning magic, if magic really existed – a nest of mysteries and a series of ‘aha!’ moments when you understand the secret laws of the world.”

But taking things to that next level of opacity means that the game may risk losing some players along the way.

Kennedy points out: “Those ‘aha!’ moments are most exciting when the game has seemed opaque and the player has felt confused. But confused players lose patience very quickly.

“If the game had been more straightforward, it would have been much less interesting, but early versions were so opaque as to be almost unplayable.”

Kennedy’s artistry – and the key to the success of Cultist Simulator – lies in providing both those “Aha! moments” as well as a means to keep players in the game.

He said: “I left trails of breadcrumbs, some of them were in the narrative and the flavor text – different patterns and motifs start making sense at a poetic or a mythological level.

“Some are in the mechanics – players sense patterns and start trying similar things instinctively. But what really made the difference was the UI.

“I added many more hints when people had part of a solution, to nudge them towards the full solution, so that interaction with the game felt more like a conversation between the game and the player. That’s when it came alive.”

Next Steps for Weather Factory

Cultist Simulator has been nominated twice for a BAFTA award, in addition to earning a number of other awards and accolades.

On the heels of the success of Cultist Simulator, Weather Factory has recently announced the upcoming launch of its new BOOK OF HOURS, a game set in an occult library that bypasses combat to focus on themes of loneliness and satisfaction.

While it may yet be too soon to evaluate the success of BOOK OF HOURS, the game promises to bring an intelligent feast to the gaming table.

Kennedy believes that the true beauty of a great indie game lies is: “That it knows what it’s doing, focuses on it, and does it well. If an indie tries to imitate a big studio game with a much lower budget, there’s a good chance they’ll end up looking like a cheap imitation.

“The better indies understand that, and they make risky, interesting games that big studios would never touch. But the best indies don’t stop there.

“They focus on the one or two things that a risky, interesting game can do well – maybe narrative, maybe atmosphere, maybe a really compelling mechanic – and then execute it perfectly.”

With this concept as the muse for BOOK OF HOURS those select gamers who really value a smart and complex challenge can brace for a game loaded with intricate mystery and opacity as well as intuitive opportunities to engage with a classy and refined narrative. 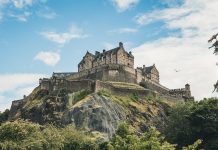 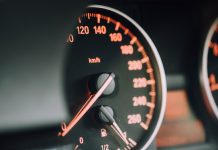