RYAN PORTEOUS has hailed former boss Neil Lennon for showing faith in him – even when the starlet didn’t believe in himself.

The 20-year-old candidly confesses that he was arguably ill-equipped for his maiden Premiership start for Hibs when Lenny named him in the starting line-up to face Rangers in February 2018.

An injury crisis had decimated Hibs’ defensive options and he was forced to field a makeshift back three of Efe Ambrose, Lewis Stevenson and Porteous, who had been on loan at Edinburgh City the previous year.

But any doubts were soon assuaged when the Northern Irishman left the precocious stopper feeling 10-feet tall during a pre-match pep talk.

Hibs went on to win 2-1 at Ibrox and Porteous received man of the match.

Ahead of Sunday’s reunion with Celtic gaffer Lennon, Porteous lauded: “He was brilliant with me. He gave me an opportunity at a time when I didn’t think I would ever get one.

“I still remember my first start was Rangers away and for Neil to have such faith in a young boy was something – and he convinced me that I was ready when I probably wasn’t.

“Looking back, I should probably have been a lot more nervous than I was but he really does get in your head. He convinces you that you’ll be fine and can handle anything. He did that with me.

“He pulled me into his office on the Thursday and said: ‘Ryan, I’ve got to play you … I’ve got nobody else!’ But then he told me: ‘You’re ready, you’re a man, you’ve been training with the first team, you’ve done well – just go and do what you’ve been doing.’
“He’s that kind of guy who just makes you believe you’re the best player around. 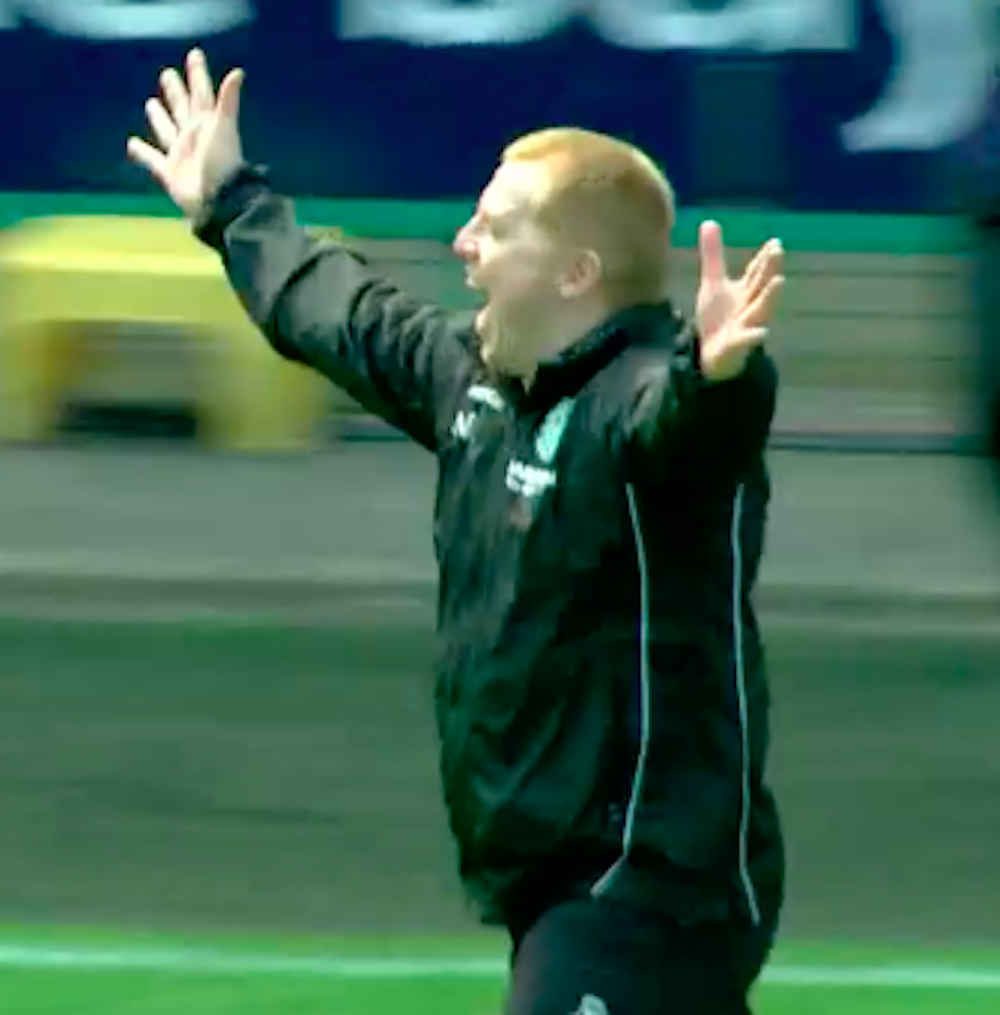 “I’m not surprised by what he’s done since going back to Celtic. He makes good players even better by improving their mentality.”

While Lennon has gone from strength to strength since re-joining Celtic, winning three major domestic honours, Porteous has continued to cement his place as one of Scottish football’s brightest young defensive prospects.

He was drafted into Steve Clarke’s national side for the recent Euro 2020 qualifiers against Kazakhstan and Cyprus and is confident he did himself justice during the training sessions with the country’s top talents.

However, with March’s crunch playoff against Israel looming large, Porteous is taking nothing for granted as he seeks to stake his claim.

Porteous continued: “You’ve got to keep your feet on the ground. There were a lot of injuries and when they are all back, your name might not even be mentioned.

“I might not be in his plans at all.

“But if I keep performing consistently for Hibs and at Scotland 21s level then you never know what can happen. If, in March, if there are injuries or suspensions or anything like that, then I will be delighted to step in and help.

“Hopefully I made a good impression in training.

“I was a bit daunted at first looking around at some of the players, but it was great to train with guys of that quality.

“You are with guys who are playing in the Premier League week-in, week-out. It was great to train with them and I didn’t feel I was massively out of place. Hopefully, I proved that in the future I can settle in.”

And Porteous has revealed that rooming with former Hibs teammate John McGinn eased some of those new-kid nerves.

He added: “I was a bit nervous. But I knew I had to go there and make the most of it. I was rooming with John McGinn and that made it a bit better and he helped settle the nerves.

“He did make a conscious effort to help me settle in and he’s not changed. He looked after me.

“Once you get out on the training pitch you’ve just got to learn and develop, there’s no time for nerves and I thought I did that. Hopefully, that will stand me in good stead.”