In recent years, many smaller European countries have tried to position themselves as market leaders in the tech and online spheres, with smaller economies using their agility to adapt to new business trends.

Denmark has recently employed an ambassador to work directly with Silicon Valley; Finland continues to lead the way when it comes to the manufacturing of high-end electronics; and Sweden boasts tech disruptors such as Spotify.

Scotland are the latest North European country to follow suit, abandoning their reliance on oil and focusing on clean energy projects as well as positioning themselves as leaders in the online gaming field.

Here we look at what drove this change, as well as what Scottish games developers plan to do next as they compete with bigger tech fish across the pond and in Asia.

For a city of only 150,000 people, Dundee punches well and truly above its weight in many fields, whether it be medicine, science or video gaming.

The latter was undoubtedly helped by the building of the Dundee Technology Park.

Many games companies also base themselves in Dundee because of the talent pool provided by one of the best video game development degree courses in the world, run by the local Abertay University. Indeed, the course was even voted the best of its kind at the beginning of 2019.

There are few games that have been as popular as Minecraft and Grand Theft Auto over the last decade or so, and you would think that both games might have originated in Asia or the US.

However, it was in fact 4J Studios who played a leading role in bringing Minecraft to fruition and it was Rockstar North who did the same for Grand Theft Auto.

Led by Paddy Burns and Chris van der Kuyl, 4J Studios continue to be the main inspiration for other Scottish developers and even announced profits of £12 million in 2018.This was mainly due to the company realising the potential of mobile games. 4J’s speciality is transferring games from traditional platforms onto mobile and console, which means they have ridden out the mobile gaming trend well.

Meanwhile, Rockstar North have since moved their base to Edinburgh where they continue to do great things.

For now, it appears that most Scottish games developers are happy making games with wide appeal for consoles and mobile devices, and who can blame them when they are working on brands as famous as GTA and Minecraft.

However, it may not be long before such companies, who base themselves in tech hubs such as the one in Dundee, will begin tapping into the ever-growing world of online slots games. Certainly, this is one area they may soon look to branch into.

Similarly, VR focused games also look like they will break through into the mainstream soon and so it makes sense that the likes of Ruffian Games, also based in Dundee, are moving in that direction.

Who Are the New Players in Town?

Local news media and the like tend to focus on the success of Rockstar North and 4J Studios when they address video development innovation in Scotland, but it would be remiss to ignore the constant influx of new ventures that are springing up as well.

Another Dundee studio which is working on some of the biggest titles out there, such as Halo, is Ruffian Games. On the mobile side of things Tag Games have been involved with everything from Angry Birds Action to a Downton Abbey mobile murder mystery game.

We must also mention the largest independent mobile gaming company in the UK, Outplay, who have been winning awards with their Candy Crush-style titles. 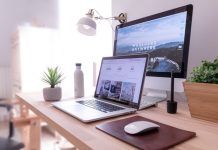 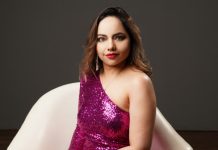