Gift cards are a popular option for buying video games or simply gifting them to someone else. Gamers today don’t even think about purchasing physical copies of games. Only a small portion of people do this, and they get physical editions as memorabilia.

Instead, everyone purchases their games on various game stores. A lot of gamers use gift cards that come with various discounts on third-party sites like Become Gamer. They can snatch gift cards at lower prices and purchase more games for themselves or someone else.

As a popular gaming gift card store, Become Gamer was willing to share, which are currently their most popular gift cards. So let’s see what they’ve told us.

Having this game on the list is really no surprise, although it kind of should be.

FIFA is one of the oldest football game franchises. The first release of the series came out in 1993. You might think that people would get bored with playing the same game over and over again, but no.

The experts at Become Gamer say that the key to FIFA’s success lies in two things. Each year the game gets improved graphics and enhanced gameplay. Releasing “the same” game year after year isn’t easy.

It’s important to innovate and add something new that will give a dose of fresh air to players. At the same time, football (soccer) is the most popular sport in the world, and this is also a major factor.

Dead Redemption 2 is probably the best game Rockstar Games released after GTA. Even though the setting of the game is pretty much different than GTA, it has a similar feel to it. The game only expands all of the things that you could do in GTA.

It’s an open-world adventure survival game where players are put in the shoes of an outlaw in the heart of America at the start of the 20th century. Players can choose sides, finish quests, rob towns, fight rival gangs, get items, trade, run underground distilleries, and so much more.
Some of the people working at Become Gamer say they are absolutely hooked on RDR 2 and that this game lets you have a life of your own.

PUBG is the first battle royale game that made a huge success. After that, it was followed by Fortnite that copied the whole game. Even though Fortnite eventually beat PUBG, there are still many people playing the original battle royale.
PIBG won the Best Mobile Game reward as well as the Best Multiplayer Game award. Even though recently Fortnite has had more success, PUBG isn’t falling behind that much and still has a stable base of players. It is still one of the most popular games on Steam that had over 3.3 million players at one point.

The fact that this is one of the top-selling games on Become Gamer even three years after it was released shows just how much people love it. We can only wait and see if PUBG will be able to overthrow Fortnite and come back on top.
World of Warcraft

Yes, WOW is still going strong. Even though the number of platters dropped a lot in the past decade, there is a constant player base. Bear in mind that World of Warcraft was released in 2004. There isn’t a single game that could keep a solid player base for such a long time.

Naturally, since WOW is a subscription-based game, people have to renew their monthly subscriptions. For a WOW fan, there’s nothing better than giving him or her a gift card that lets them renew their subscription.
With this in mind, it makes perfect sense why people are getting WOW gift cards.

At the same time, in October, Blizzard released the Shadowlands expansion, and this certainly had an impact on why people want to play WOW.

Dark Souls fans have been waiting for a game like Sekiro for ages. It takes all the things that Dark Souls has, the combat system, epic monsters, bosses, and an interesting storyline and puts it into a brand new perspective.
For many, the game is not better than Dark Souls, but that’s only because they are such huge fans of the first game. Sekiro is objectively better than Dark Souls as the developers improved various aspects of the game.

Conclusion
These are the most popular games on Become Gamer. Check out their store and see if you can find a gift card discount for your future game. 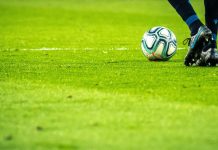 Football Index – Here is why you should start investing