Shocking data results have revealed the true impact of the growing UK Litter Crisis, with a shocking 23 pieces of litter being dropped in the UK every second.

Data found by outdoor clothing brand Regatta and Keep Britain Tidy, shows a staggering 244 million cigarette butts discarded as litter every year and that around 30% of all litter in the UK is smoking-related.

To put these figures into context, Regatta decided to take the number of cigarette butts that are irresponsibly disposed of and compare it against the height of Ben Nevis, the UK’s largest mountain.

And that’s from just one item of litter, the data shows millions of confectionary items, drinks and fast food are contributing to the crisis too.

In fact, according to Keep Britain Tidy, which exists to try to eliminate litter and end waste, two million pieces of rubbish are dropped every day across the country. That’s 23 items of rubbish being dropped every second on average.

And it’s not just the environment that will pay for every second the UK’s litter crisis is allowed to continue, as Keep Britain Tidy have revealed taxpayers are paying out £1bn every year to cover the cost of street cleaning. Meanwhile, RSPCA announced recently they receive an average of 14 calls a day about wildlife harmed by litter, and the organisation suggests that the actual number of animals affected by rubbish is likely to be much higher.

We all enjoy the great outdoors, and more recently with lockdown easing, people have been admiring all the UK has to offer more than ever. Regatta, therefore, hopes these shocking stats will encourage people to be mindful of littering.

According to the most recent Local Environmental Quality Survey of England carried out by Keep Britain Tidy, the top 10 types of litter found in the highest percentages of sites it examined are: 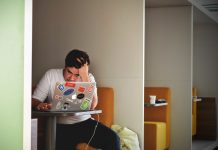 Over half of young adults in Scotland losing sleep over finances 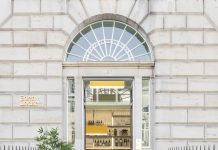 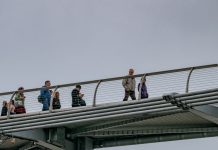 Tips for travelling cheaper in London