The Key Role of Last Mile Logistics in Transportation

Bitcoin ATMs are a thing now. Here’s what you need to know first

INNOVATIVE project entitled ‘Artificial Intelligence: When a robot writes a play’ created by a team of computer scientists and drama experts comes to the UK.

The Czech Centre London has partnered with Prague’s Švanda Theatre and theaitre.com to present to create the play.

The play tells the story of the joy and sorrow encountered during everyday life from a robot’s point of view. 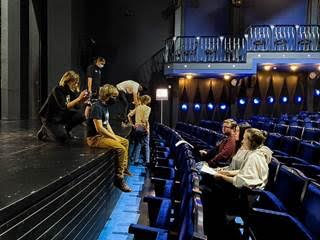 The world premiere will take place on Friday February 26, 2021 via a live broadcast.

It’s composed of dialogues generated by artificial intelligence to celebrate the 100th anniversary of the premier of Czech playwright Karel ?apek’s play R.U.R. in which the word ‘robot’ was first used.

In the UK, technology and theatre enthusiasts alike will be able to watch it live on the Czech Centre London’s Facebook page.

The 60-minute play will be performed in Czech with English subtitles and followed by a debate with artificial intelligence and theatre experts which will seek to answer the question of whether a robot can write a play. 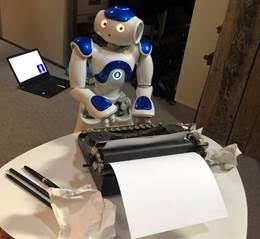 The debate will be translated into English for international audiences.

A computer under the supervision of a team of computer scientists, led by a computational linguist Rudolf Rosa from Charles University in Prague, has been generating script dialogues since May 2020 about the life of the main character – a robot facing everyday joy and suffering.

The text was written in English and translated into Czech by machine translation. The result is a set of dialogues that were arranged by drama experts to tell a story of a robot’s journey through human society. This may resemble a futuristic version of the Little Prince.